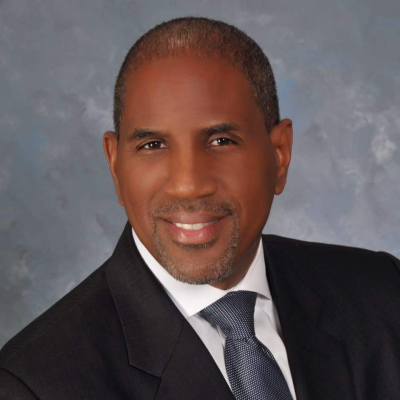 Miami-Dade County School Board Member Dr. Steve Gallon III will present an agenda item and resolution at the Board’s upcoming monthly meeting recognizing several current and former students who were involved in the critically-acclaimed film, ‘Moonlight’ that chronicles the life of a young Black male from childhood to adulthood as he struggles to find his place in the world while growing up in Miami’s renowned Liberty City neighborhood. The film sheds a light on the dark reality of growing up young, Black, and male in one of the nation’s most turbulent urban centers.

Moonlight showcases the talents of Norland Middle School theatre students Alex Hibbert and Jaden Piner in pivotal roles in the film. It also features their beloved teacher, Tanisha Cidel, also a product of the Arts program at Norland Middle School, who is affectionately referred to as ‘Drama Mama’ by her theater students. Their roles and performances, and the newfound national prominence of the film serve as a reminder of how critically important the Arts are in our schools and in supporting and advancing student learning. Norland Middle School Principal Ronald Redmond is also to be recognized and commended for his commitment to and support of Arts education.

Moonlight, the sometimes painful yet beautiful semi-autobiographical fusion of the lives of writer/director Barry Jenkins and playwright Tarell Alvin McCraney evidences the possible heights of success of students from underserved communities and dysfunctional family backgrounds. Barry Jenkins and Tarell Alvin McCraney exemplify life’s possibilities when family members foster a love of reading; and when neighbors and educators fight for all students and encourage their talents.

Moonlight has been described as a groundbreaking cinematic masterpiece and has been recognized by many prestigious organizations in the entertainment industry via award nominations and wins including winner of the Golden Globe for Best Picture, Drama, Best Picture and Best Director awards by the National Society of Film Critics; and winner of four Gotham Awards including Best Feature, Best Screenplay and Special Jury Award for Best Ensemble. The film is also a top contender for Oscar Awards nominations.

Dr. Gallon has also invited students in the drama magnet program from the Norland Middle School Center for the Visual and Performing Arts to witness the presentation of the District’s proclamation at the upcoming School Board meeting at 11 a.m., Wednesday, January 25, 2017 in the School Board Administration Building Auditorium, 1450 Northeast Second Avenue, Miami, FL 33132. School Board Member Gallon reiterated, "I am pleased to bring this item forward to commend our present and former students and promote increased opportunities for students in our district to pursue their dreams, passions, and life’s work through diverse educational pathways afforded through the Arts."