Blogging Black Miami
NAACP Statement on the Renewed Muslim Ban
GO SEE THIS MOVIE: I AM NOT YOUR NEGRO

Congresswoman Frederica S. Wilson on direction of education under Trump and DeVos 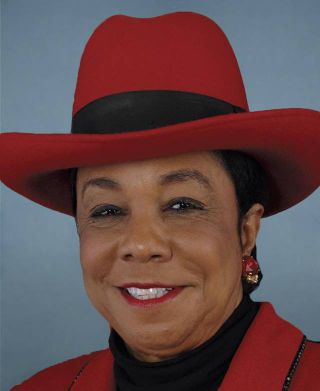 “I am very concerned about the direction in which President Trump and Education Secretary Betsy DeVos want to take the nation’s education system. Earlier this week, in his first address before a joint session of Congress, Mr. Trump urged lawmakers to pass legislation to fund school choice programs. Today he and his education secretary traveled to my home state to tour Orlando’s St. Andrew Catholic School and hail it as an example of how voucher programs can benefit disadvantaged and minority children.

“What both the president and Secretary DeVos failed to acknowledge is that programs like the Florida Tax Credit Scholarship do not cover the full cost of tuition and other expenses that are required when one sends a child to private school, such as books and supplies, transportation, and extracurricular activities.

“More important, vouchers drain public school systems of badly needed funding. Some of the so-called private schools that accept vouchers lack accountability and have not demonstrated the kinds of academic gains that justify siphoning taxpayer dollars out of the public school system, leaving our most disadvantaged students even further behind in underfunded schools with even fewer resources.

“Since 90 percent of American students attend public schools, children in disadvantaged communities would benefit so much more if President Trump and Secretary Devos would focus on how to provide them with high-quality schools that are equitable to those attended by children in middle- and upper-income communities, instead of superficial alternatives like voucher programs.

“I am hopeful, however, that Secretary DeVos and the president will be willing to work with Democrats on ways in which we can strengthen our nation’s public school system, without focusing exclusively on superficial alternatives like school choice programs.”