TALLAHASSEE— The Florida Folklife Program and the City of Tarpon Springs recognized 2017 Florida Folk Heritage Award recipient, William “Billy the Kid” Emerson, in a special ceremony today hosted at the Tarpon Springs Heritage Museum. This ceremony honored Mr. Emerson for his lifelong contributions as a songwriter and producer.

William Emerson was born in Tarpon Springs in 1925, where he learned to play piano in church. Following in the footsteps of his uncle George Hannah, Emerson began performing publicly throughout the area. He joined the Navy in 1943, and after the war, resumed performing with Tampa area acts including Ivory Mitchell, the Billy Battle Band, and Alfonso Brown Band. He acquired the nickname “Billy the Kid” while playing with a band that dressed like cowboys.

Also a talented athlete, Emerson attended Florida A&M University on an athletic scholarship but left to serve in the Air Force during the Korean War. He later met Ike Turner and after being discharged, joined Turner’s Kings of Rhythm band. In 1954, he signed a contract with Sam Phillips and wrote and recorded hits for Sun Records including “When It Rains It Really Pours” (later recorded by Elvis Presley) and “Red Hot.” In 1955, he joined Vee-Jay Records, where he released “Every Woman I know (Crazy ‘Bout Automobiles).” Shortly after, he joined Chess Records as their recording manager. Emerson later formed Tarpon Records, and continued to record and perform rhythm & blues both internationally and abroad.

In 1978, Mr. Emerson rededicated himself to his faith, became a pastor and returned to Tarpon Springs where he continues to serve his congregation and compose sacred music. Although he no longer performs secular music, the compilation album, Red Hot: The Sun Years, was released in 2009, and Mr. Emerson was inducted into the Rockabilly Hall of Fame. 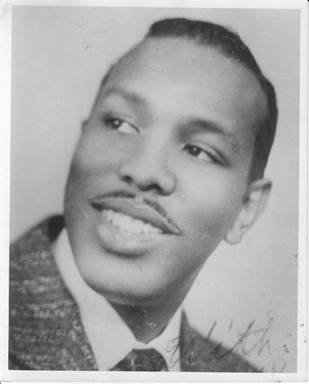 The Florida Department of State presents Florida Folk Heritage Awards annually to citizens who have made long-standing contributions to Florida’s cultural heritage by perpetuating community traditions. Like the National Heritage Fellowships, the Florida Folk Heritage Awards honor the state’s most influential tradition bearers for excellence, significance and authenticity as folk artists or folklife advocates. Information on how to make a nomination is available here and additional information regarding past recipients, including photos and bios, is available here.