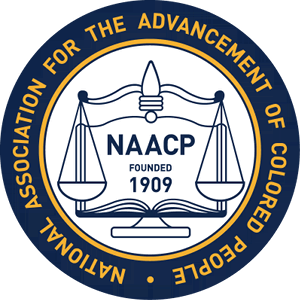 “I am excited to release this year’s Diversity Matters Report Card the records of public agencies from the Panhandle to the Florida Keys,” says Adora Obi Nweze, who also serves as a member of the National Board of the NAACP. “Diversity and inclusion continue to be a challenge in Florida and the NAACP will continue to sound the alarm for equality and fairness for all Floridians.” 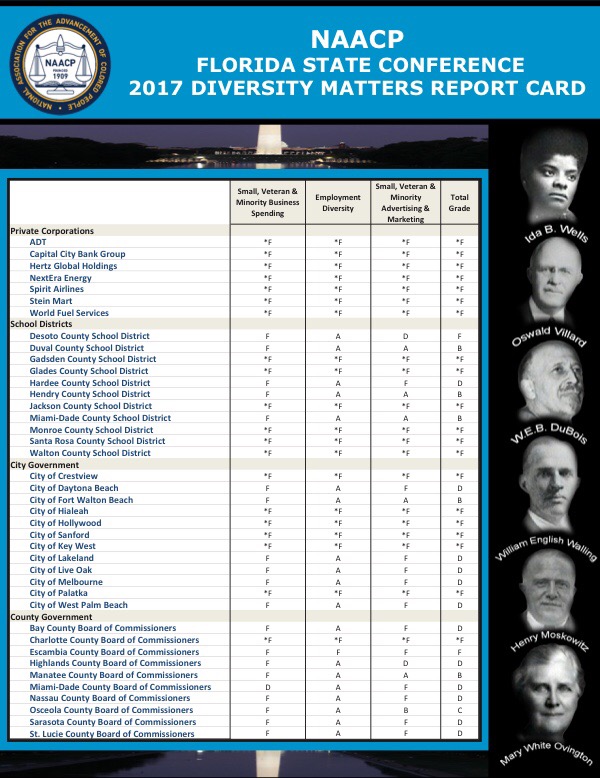 “Our Diversity Matters Report Card is an annual investigation reviewing workforce diversity, local contracting expenditures and advertising budgets in urban, rural and suburban areas,” says Torey Alston, who led this statewide effort on diversity and serves as 3rd Vice-President of the NAACP Florida State Conference. “This year’s report card continues to show cities, counties, school districts, and private companies have diversity and inclusion as the last priority.  While there are some bright spots, there is still much work to be done ensuring diversity and inclusion is reflected in all aspects of government and the private sector.”

Here is the grading scale and methodology used for the report card:

There is significant room for improvement in the categories dealing with spending and advertising & marketing. No surprise, is the abysmal failing grade in those areas as several local individuals and organizations have complained of this disparity in contracting with black businesses for many years. All the entities received an “F” in the “Small, Veteran & Minority Business Spending” category except one. Miami-Dade County Board of Commissioners received a “D.” 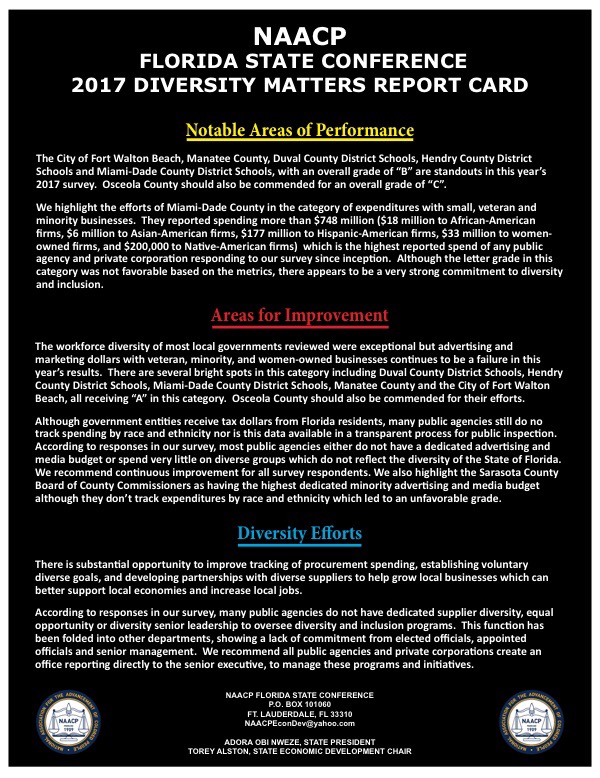 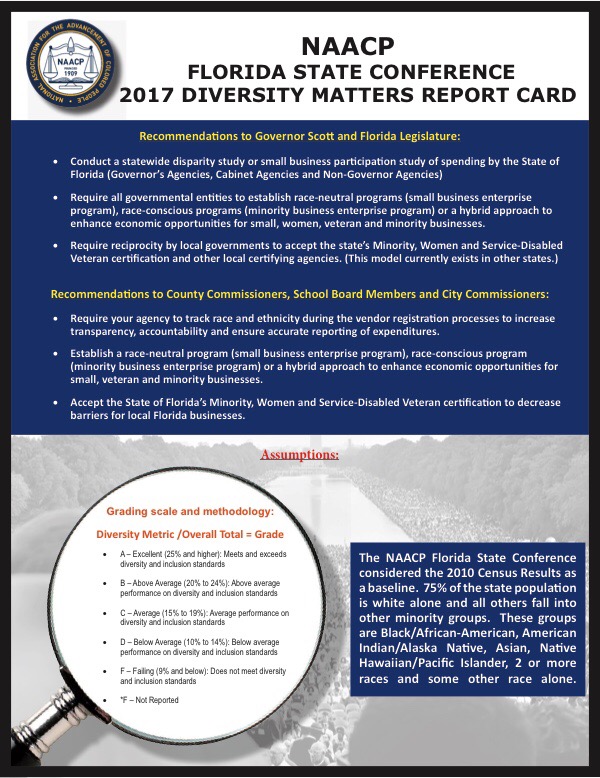 The NAACP releases report cards every year. Now that this report card has been released, it is crucial that organizations and individuals throughout Florida are relentless in demanding transparency and diversity in how the tax dollars in their respective communities are allocated and spent.