Blogging Black Miami
Taylor’s Closet completes “The Bloom Bus” after being awarded $45,000 grant by StrikeForce 421 to help girls in need through faith and shopping
Have Your Say in Shaping the Future of Miami-Dade County 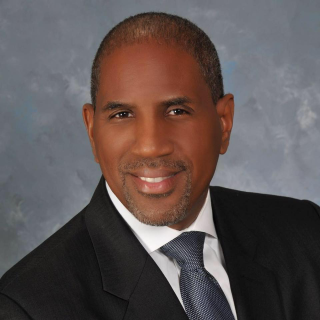 At today's regular monthly meeting of the Miami-Dade School Board, District 1 School Board Member Dr. Steve Gallon III will advance agenda item H-18, authorizing Schools Superintendent Alberto M. Carvalho to urge Pres. Donald Trump and Secretary of Homeland Security John F. Kelly to extend Temporary Protected Status (TPS) for Haitian nationals for at least another 18-month period.
TPS was granted to Haitian nationals who were in the U.S. as of January 12, 2010, the date of the devastating earthquake in Haiti. The U.S. has provided a safe haven to approximately 50,000 Haitians who have been unable to return to their home country because of insurmountable environmental obstacles, deadly diseases and violence. The Department of Homeland Security (DHS) granted a six-month extension in TPS to Haitian nationals on Monday. The sad reality is Haiti will be in no better position to humanely receive and care for the more than 50,000 people affected, when the extension expires January 22, 2018.
The vast majority of these individuals has been in the US for at least 6 1/2 years, well before the 2010 earthquake, and has strong community ties including families with U.S.-born children. Haiti’s government is in no position to insure the safety to or assimilate these 50,000 Haitians, nor to make up for their remittances should they be curtailed by their deportation, and it remains unsafe to deport them. Their deportation would consequently tend to destabilize Haiti, which is contrary to the national security interest of the U.S.
DHS’s announcement extending Haiti’s TPS designation for six months, rather than the usual 18 months, sends mixed signals and omits significant facts.  The announcement stresses this is likely the last extension, that TPS holders should prepare their travel documents for return to Haiti, and that conditions have greatly improved. Further, the announcement also misleadingly states, “96 percent of people displaced by the earthquake and living in internally displaced person camps have left those camps.  Even more encouraging is that over 98 percent of these camps have closed.” This is misleading because many camps were forcibly closed due to regular, unchallenged, large-scale evictions by landowners, not because other housing had been found, which it had not been, or because residents had any place else to go.  This has been a huge problem in Haiti.  Even more significantly, several of the larger camps were reclassified by the Haitian government as "permanent housing," simply because the residents had attached so much salvaged building material to their shanties.
Recent leaked DHS efforts to demonize Haitians as criminals and welfare cheats as a means of justifying termination were reprehensible: inherently racist, such considerations are irrelevant since TPS is a humanitarian program, TPS recipients are ineligible for welfare, and criminals are ineligible for TPS.