The Flores-Braynon Apology: An Unforgettable Start of the 2018 Legislative Session 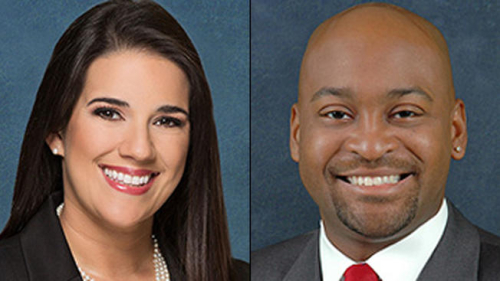 Last Tuesday's opening of the 2018 Florida Legislative Session, the last for Gov. Rick Scott, was overshadowed by the joint public apology of Florida Senators Anitere Flores (R-Dist. 39) and Oscar Braynon (D-Dist. 35) for their extramarital affair. Their relationship had been the subject of rumors but was confirmed via an anonymous website which is now inaccessible.

During last year's Legislative Session, Braynon discovered a hidden camera in the hallway of the sixth floor of the Tennyson condominium in downtown Tallahassee. The Tennyson is the temporary housing choice of many lawmakers during Legislative Session. Flores and Braynon each lived in a unit on the sixth floor. Their units were practically across the hall from each other. It was later determined that the camera had been placed by a private investigator. There is speculation that the surveillance is retribution by Sen. Frank Artiles who was forced to resign last year because of his use of racial slurs.

While the Flores-Braynon affair is very different from the sexual harassment incidents that ensnared former Senators Jack Latvala and Jeff Clemens, Flores and Braynon have not indicated they would resign.