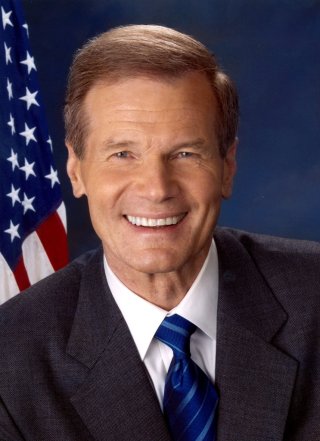 Funding for the following Florida projects and programs sought by Nelson have been included in the federal spending package:

·         $3.3 billion to fight the opioid epidemic and mental health crises. An estimated 2.6 million Americans suffer from opioid use disorder. In Florida alone, more than 5,200 people have died from an opioid-related event in 2016 – a 35 percent increase from 2015. Nelson requested additional funding for treatment, prevention and research.

·         $67.47 million in total funding for citrus greening research and the Citrus Health Research Program. As citrus greening has hurt growers across Florida, Nelson has advocated for increased funding to study and address the problem to help the state’s citrus industry.

·         $121 million for the National Oceanic and Atmospheric Administration (NOAA) to purchase a reliable backup for its aging hurricane hunter jet.  Nelson has been pushing for a replacement since 2015. The funding comes in the wake of several incidents over the last two years when the jet NOAA uses to gather hurricane measurements was grounded during hurricane season.

·         $279.6 million, a 14-percent increase, in funding to support Historical Black Colleges and Universities (HBCUs). The four historically black colleges and universities in Florida—Florida A&M in Tallahassee, Florida Memorial University in Miami Gardens, Bethune-Cookman University in Daytona Beach and Edward Waters College in Jacksonville – prepare over 16,000 students for careers in STEM, aviation, law, nursing and other fields.

·         $250 million in federal funding for positive train control grants.  Positive train control technology will help prevent deadly crashes on our railroads. It’s critically important for those railroads that carry passengers, like Sunrail and Tri-Rail.  Nelson, the ranking member on the Senate Commerce Committee, pressed for the funding to help passenger railroads meet a federal deadline to install the lifesaving technology.

·         $100 million for research and development program for automated vehicles. The SunTrax facility at Florida Polytechnic University is a qualified proving ground and will have the opportunity to benefit from the program.

·         Included $60 million for the Nonprofits Security Grant Program. The program helps certain non-profits harden their facilities against attack, such as organization like the Jewish Community Centers (JCCs) in Orlando and Miami and elsewhere. Nelson requested this funding after JCCs across Florida received a series of telephone bomb threats.

The spending package included several provisions Nelson co-sponsored to address gun violence in Florida and across the country, including:

·         Fix NICS Act. Nelson cosponsored this bipartisan bill, which requires federal agencies and states to develop implementation plans to upload to the National Instant Criminal Background Check System (NICS) all information prohibiting a person from purchasing a firearm, rewards states who comply with these plans through federal grant preferences, and reauthorizes and improves programs that help states share information on criminal records with NICS, among other things.

·         CDC Gun Violence Research. The spending package included language to clarify that the Centers for Disease Control and Prevention (CDC) can conduct research on gun violence.