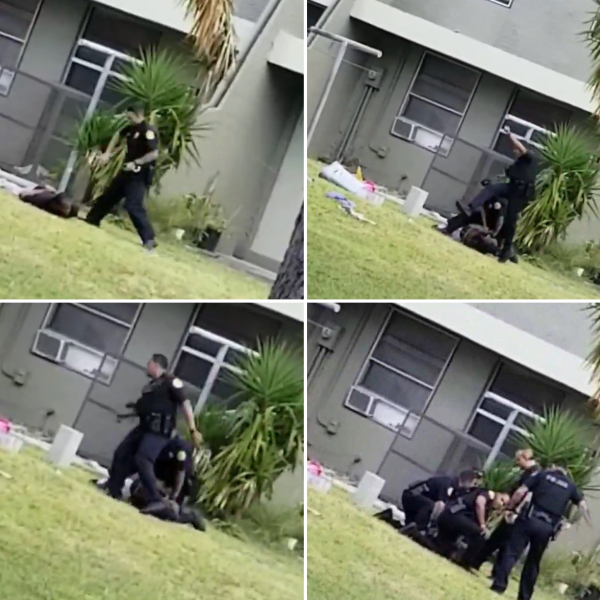 Suazo crashed the vehicle and a foot chase ensued. Figueroa tasered Suazo, who is reported to have assumed a fighting stance against the officer. Figueroa’s taser did not stop Suazo. Another officer was able to subdue Suazo. From a running start, Figueroa kicked Suazo in the head as a fellow officer had him defenseless and in custody on the ground.

Figueroa’s anger and frustration because of his initial contact with Suazo is understood but kicking  in the head is unacceptable.

It’s also important to note that City of Miami Police Chief Colina relieved Figueroa of duty, he has not been fired. Figueroa is suspended with pay. AND…the police report filed regarding the incident failed to include Figueroa’s kicking attack on Suazo.

So let’s see what the State Attorney Office does with this incident. Stay tuned. #STAYwoke.

Mario Figueroa needs not only to be fired, but also indicted for such a violent and disgraceful misconduct "under the color of authority."