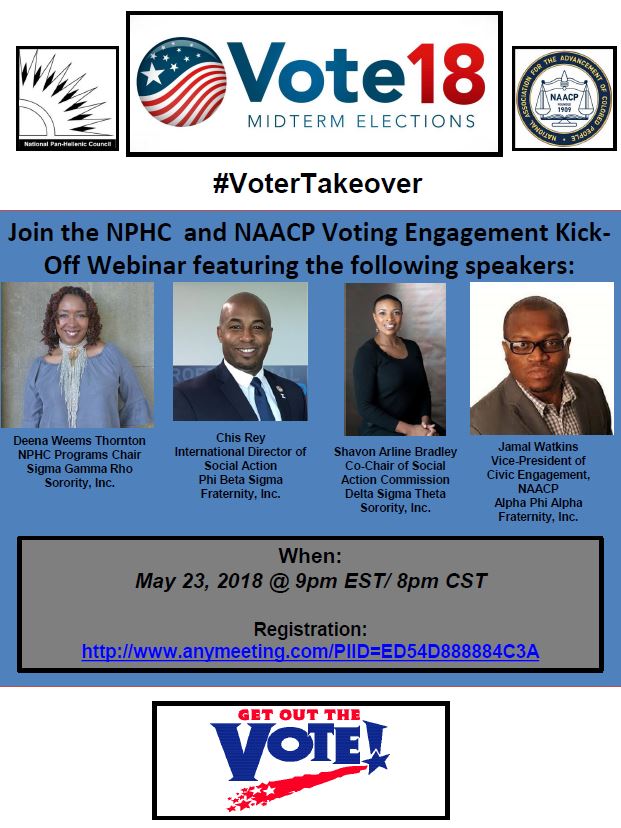 Register NOW for tonight’s webinar as the Divine Nine collaborate with the NAACP to effect positive change via voter engagement. During its annual public board meeting in New York City earlier this year, the NAACP announced several key partnerships designed to expand the reach, impact and effectiveness of the nation’s oldest and largest civil rights organizations.

The NAACP signed agreements with announced partnerships with the NNPA: The Black Press of America; the National Pan Hellenic Council (NPHC); the African-American Institute, and The Links, Incorporated. As part of an overall strategy, the NAACP will shift resources towards mobilization efforts for the 2018-midterm elections and beyond.

“Working with partners remains a critical part of unifying the Black community as we prepare to make our voices heard at the polls and on ineffective public policies,” said NAACP National Board Chairman Leon W. Russell. “These groups have answered the call to work with us to expand membership and our ability to educate our community on the need for aggressive civic engagement.”

“These partnerships are part of our strategic plan to unite the various strands of our community into powerful forms of operational unity,” said NAACP President and CEO Derrick Johnson. “We have come to understand that elections have consequences and if the consequences of the most-recent presidential election means we recognize the need for greater unity among people and organizations of color; then we are moving in the right direction,” added Johnson.

As the NAACP strategically rolls out this mobilization and voter engagement plan, the North Carolina Legislature has already witnessed the power of the NPHC as the NC Divine Nine gathered recently for Legislative Day. As, Delta Sigma Theta member Terry Spicer wrote: “Hundreds in the majestic and powerful Colors of the Divine Nine were a sight to behold!” 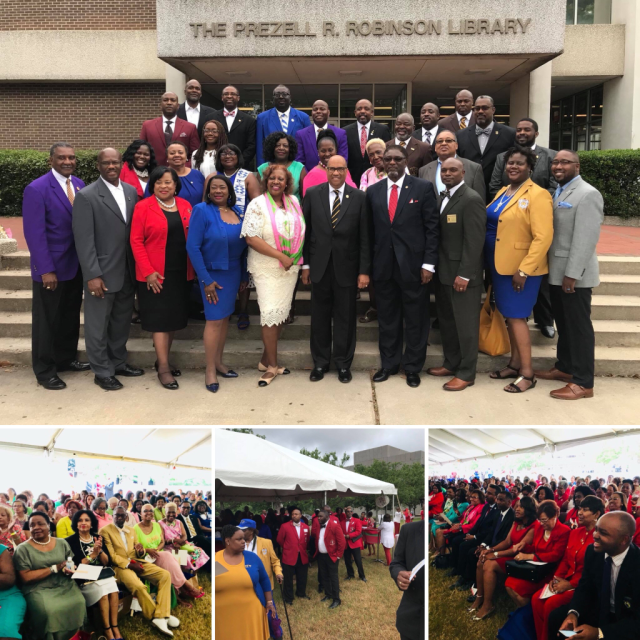 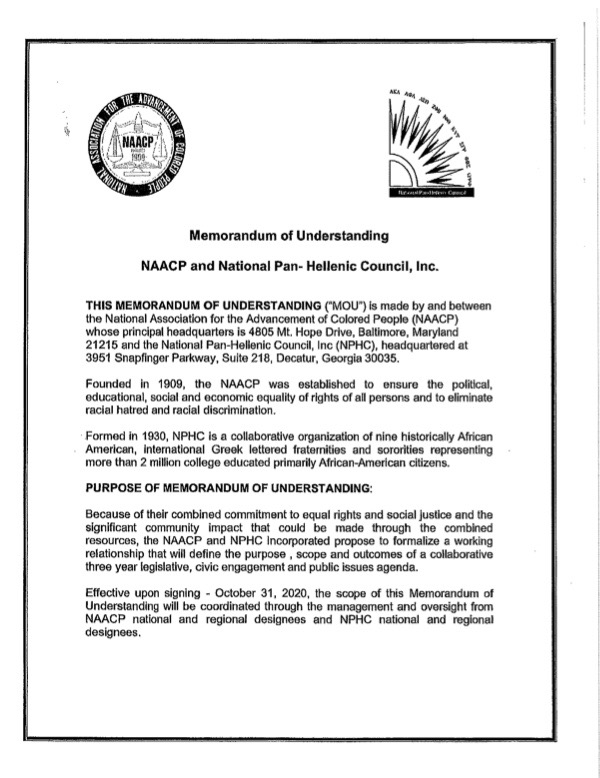 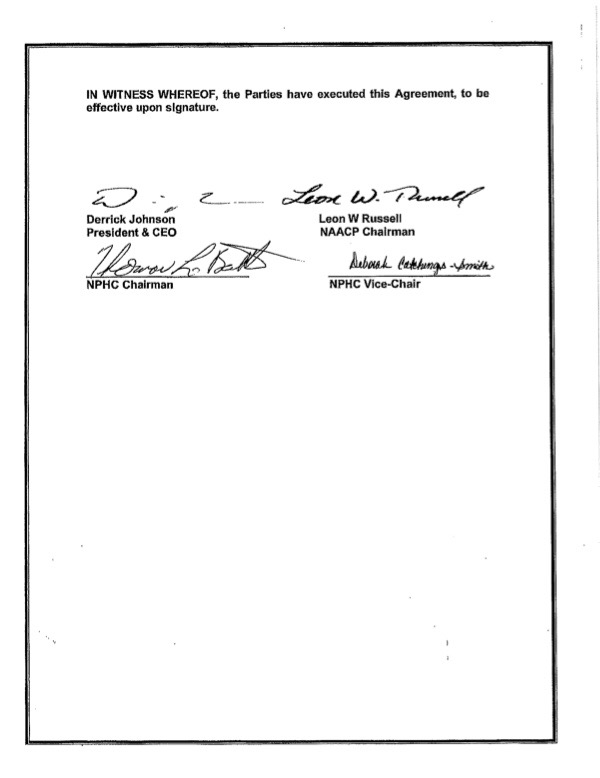 MOU between the NAACP and NPHC (leaders of black greek-letter organizations).