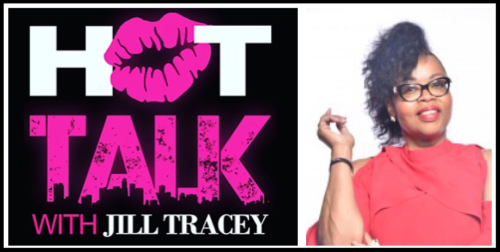 Last Sunday night's episode of Hot Talk with Jill Tracey was the personification of HOT. It was LIT! Click Jill's photo to listen. The fireworks start about 56:15.

Last Sunday night’s episode of Hot Talk with Jill Tracey was smoking hot and took an odd turn when the anticipated discussion between the candidates in the upcoming Florida Senate District 38 race, incumbent Daphne Campbell and challenger Jason Pizzo, turned into a bickering session and civics lesson but not the way one would have anticipated.

Campbell was a no-show. She sent Brian Dennis to serve as her surrogate. Dennis said her son fell and hurt himself and she decided to stay home with him. Maybe not the best move and does not convey the best message to her constituents but that's what was said. Dennis, a minister, is a well-known community activist and columnist for The Miami Times. After the explanation of Campbell’s absence, there was some levity regarding children being closer to their mother. Then, as Dennis was asked about Campbell’s platform, the conversation went downhill rapidly. Dennis accused State Rep. Roy Hardemon of not giving Campbell credit for the $2 million in funding garnered for the Poinciana Industrial Park. Dennis said the bill was vetoed but Campbell brought it back. He also referenced a Miami Times article on the funding that features Hardemon, Dr. Mae Christian, author of the bill and “Broadway” Cuthbert Harewood, a local businessman and community organizer. Dennis took issue with Campbell being excluded from the photo and media coverage regarding funding for the industrial park. 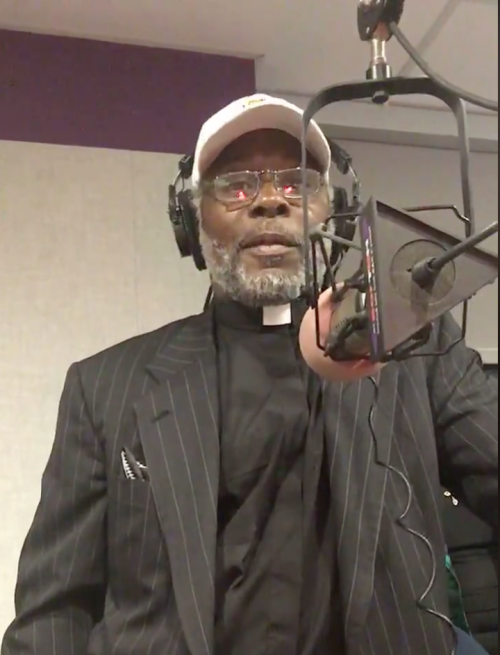 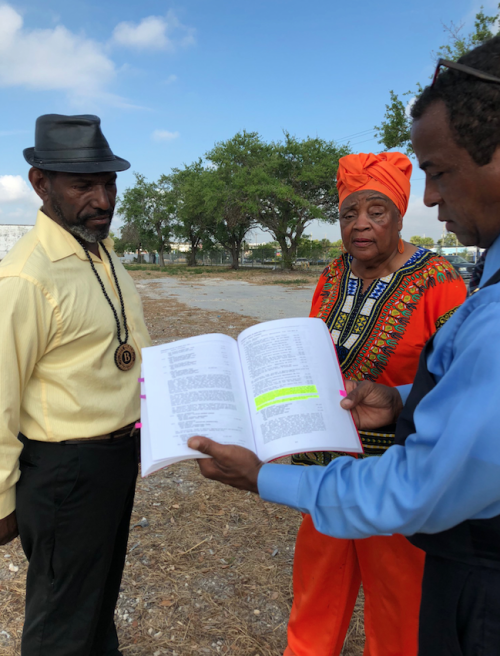 From left, "Broadway" Cuthbert Harewood, Dr. Mae Christian and State Rep. Roy Hardemon in photo from the March 22, 2018 edition of The Miami Times show the $2 million appropriation for the Poinciana Industrial Park in the 2018-19 State Budget. Min. Brian Dennis said Senator Daphne Campbell helped secure the funding but was not credited by Hardemon and was unfairly excluded from the photo.

Hardemon called in to give his take on the Poinciana Park funding issue and the bill that was approved during the last Legislative Session. Christian also called in. She reiterated that she is the author of the bill. She said she doesn’t have a problem with Campbell and accused Dennis of trying to cause trouble. The bickering denigrated to the point that Christian called Dennis a liar. She went on to disclose that the money has not been received. It was supposed to be handled by the City of Miami but the property on which the transport center is to be built is in Miami-Dade County. Christian said they have been unsuccessful in getting a meeting with County budget director Jennifer Moon-Glazer. She also mentioned other funds of more substantial amounts that Dennis should be looking into rather than only focusing on the $2 million for the Poinciana Industrial Park.

Jason Pizzo interjected with an analogy that basically explained that both chambers of the Legislature (House and Senate) are required to get a bill passed. A bill beginning with HB identifies it as a House Bill and SB means a bill originated in the Senate. Dennis promised to provide Jill with e-mails supporting his position. He also promised to look into the status of the funding. Community activist Tangela Sears also called in. She explained that Legislators in different chambers do not share publicity with the sponsors of their companion bills. It’s not a slight to the legislator in the other chamber, that is just the way things are done. Without getting caught up on who got the credit for funding, there are indeed questions that need to be answered about the process and the funding for the Poinciana Industrial Park Intermodal Logistics Center. Researching myfloridahouse.gov shows that there might be some validity to the points Brian Dennis made. Hardemon’s HB 2767 indicates "indefinitely postponed and withdrawn from consideration" on March 10 but included in the Appropriations Act, or State Budget, on March 11. That seems strange. Please note that there is no indication of a companion "Senate Bill" for Hardemon’s House Bill but Senator Campbell did submit a Local Funding Initiative Request via Senate form 1203. Folks more knowledgeable in the legislative appropriations process are following up on what happened.  [Download FY2018-19_S1203] 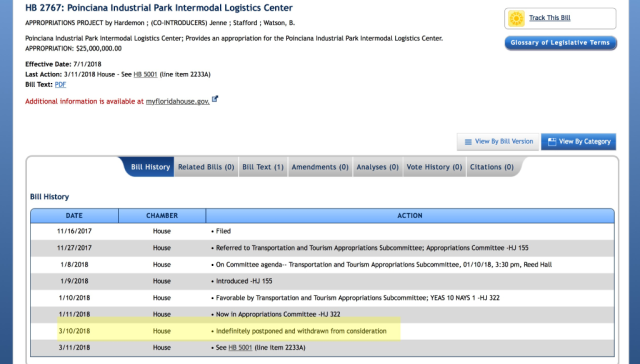 Highlighted language of the history of HB 2767 shows it was indefinitely postponed and withdrawn from consideration on 03/10/2018 but included in the State Budget on the following day. 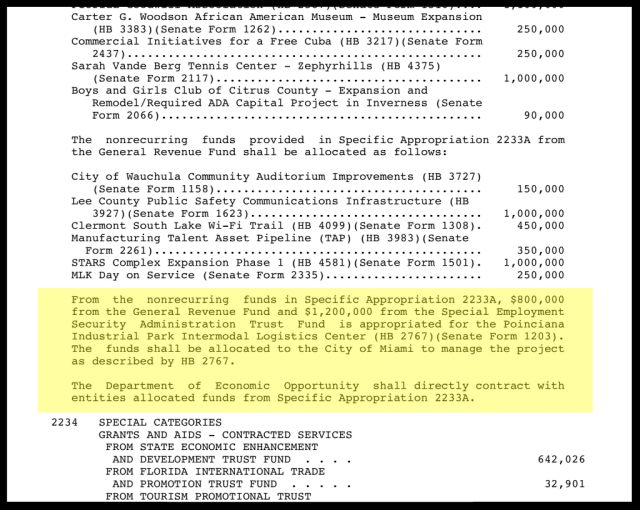 This is how the funding for the Poinciana Industrial Parl Intermodal Logistics Center is listed in the State 2018-19 General Appropriations Act (State Budget). Please note that the original request was for $25 million.

Here is a link to the show. Please take the time to listen to the entire show as it shares crucial information about the New Florida Vision PAC and the push to elect Andrew Gillum governor of Florida, the grand opening of Jonathan Spikes’ AFFIRMing Youth Center, comments on Pumps Pearls & Politics 2018 and other important topics. The heated discussion starts about 56:15 of the recording after Jill introduces the folks in the studio.

At the end of the day, most people will listen to the July 29, 2018 episode of Hot Talk because of the bickering. Let’s look at it as a teachable lesson and a learning opportunity. Most of us have a lot to learn about the detailed machinations of our government and laws. Let’s take the time to do so and hold our elected officials responsible for communicating with us about the laws they approve or disapprove. It is also crucial to note that the original funding request for the Poinciana Industrial Park Intermodal Logistics Center was for $25 million. How effective will the project be for $2 million? Or will it be another project in which funds are squandered in the Black community? #STAYwoke