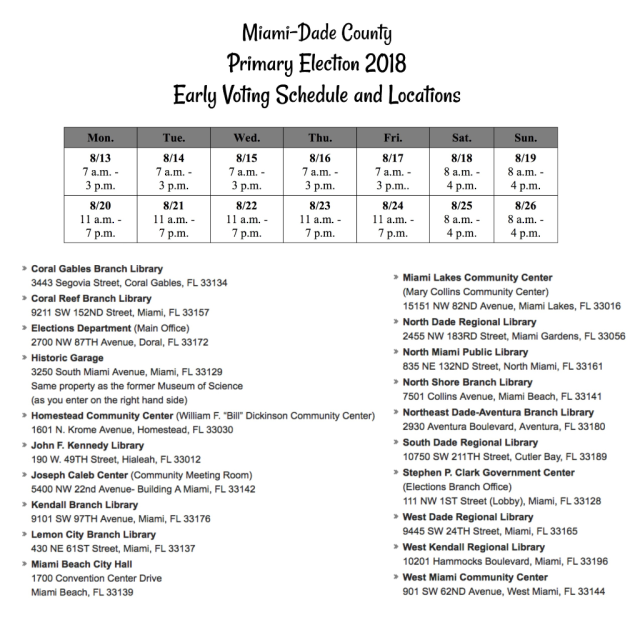 Personally, I voted days ago, by mail. I also confirmed that my ballot was received by the Miami-Dade County Elections Department. You know what? I used to be one of those individuals who onlyvoted on Election Day. There was something about standing in a line to cast my ballot that made me feel good. I changed my position when Barack Obama’s grandmother, Madelyn Dunham, died two days before he was elected President of the United States. She had voted for her grandson by absentee ballot. Mrs. Dunham was in failing health, prayerfully you are not. However, be mindful that living to see the next day is not promised to any of us. Almost anything could happen to us or a family member or friend. Don’t forget we’re in hurricane season. The weather could be horrible on any given day but let me not digress.

There are 14 days to vote early in Miami-Dade County. Let’s get out and vote. Take your family and friends. This election is a serious matter.