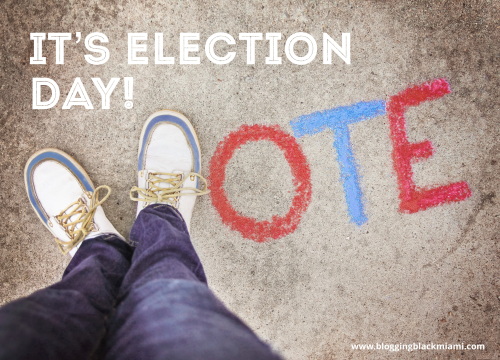 Great morning, great people! Finally. Today is the day. It’s Primary Election Day! I voted by mail so long ago, it didn’t seem as if this day would come. Every election is important and it seems that in recent times in this nation, elections have really become a life or death matter. No exaggeration.

If you did not vote early or vote-by-mail, TODAY is the last day you can vote in the 2018 Primary Election. Some races will be decided today. Others will be voted on and decided in the General Election in November. Many voters skip the Primary and vote in the General. Big mistake. Every election is important. The General Election in November will include several constitutional amendments, but let me not get ahead of myself.

Get out and vote today. There are key races for Congress, governor, state rep., commissioner, school board member, community council members and municipal officials at stake. There have been contentious races such as Senate District 38 between incumbent Senator Daphne Campbell and Jason Pizzo; an election rematch between incumbent county Commissioner Jean Monestime and former Commissioner Dorris Rolle; and a test of Black Miami’s political dynasty family with State Rep. Roy Hardemon being strongly challenged by Ivy League educated lawyer Dotie Joseph. Some folks, like Congresswoman Frederica S. Wilson, will be returned to office without much competition, but the most highly-anticipated race will determine Florida’s Democratic nominee for Governor. According to several polls, Miami-born Tallahassee Mayor Andrew Gillum has languished at number four in the five-person race until recent weeks. An infusion of cash to the Gillum campaign has allowed him to send mailers, broadcast commercials, and do a statewide bus tour. Polls now have him at number one, two or three, depending who you talk to. I have not been polled at all this cycle and neither has anyone in my circle of friends so take those poll numbers with a grain of salt.

At the end of the day, a vote in Liberty City or Perrine is equal to a vote in Pinecrest or Aventura. Don’t fall for the okey doke that your vote doesn’t matter. Do you want to be at the table or on the menu? You decide.