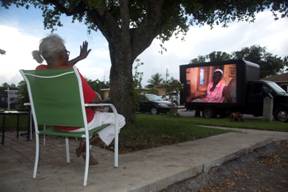 MIAMI, FL - A South Florida photographer known for documenting Florida’s historically black neighborhoods is bringing her work back to the people she photographed  with a mobile photography installation.  Johanne Rahaman, creator of BlackFlorida, will unveil her latest exhibit, ‘From the South to the Southernmost- Liberty City to Little Haiti’ on a visible mobile LED screen truck that will tour these neighborhoods on Saturday, October 13, from 4:00pm to 9:00pm. Inspired by the relationships and familiarity to the people and the areas, Rahaman chooses to bring the exhibit to the streets instead of showing at an art gallery which can be considered to be “white spaces” and too “exclusive” for many.  This show is one of several more similar shows to follow in different neighborhoods.

The exhibition will feature images of community events Rahaman documented between 2015 and 2016 such as: Martin Luther King Jr. Day Parades in Liberty City and the monthly ‘Big Night in Little Haiti’ community festival along with the popular Rara processions.  The mobile show will also incorporate a musical score using music Rahaman curated while photographing inside the homes, churches, businesses and streets.  “While the visual show engages, the music will entertain and drive the pace of the exhibit”, says Rahaman. “I prefer to collaborate with a DJ from the communities that I'm featuring, who will curate a playlist that compliments the story of that community.”  ‘From the South to the Southernmost’ will begin at NW 7th Avenue and NW 79th Street, criss-crossing the streets and avenues to 54th Street, then across 54 Street to Little Haiti. 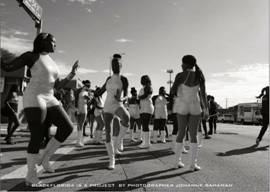 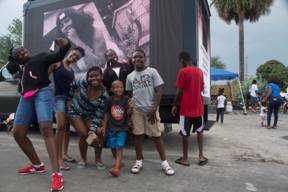 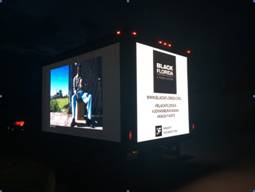 ‘BlackFlorida’ is a photographic archive showcasing the nuances of rural towns and inner cities throughout Florida.  BlackFlorida is also one of 43 projects awarded The John S. and James L. Knight Foundation, Knight Arts Challenge 2017.