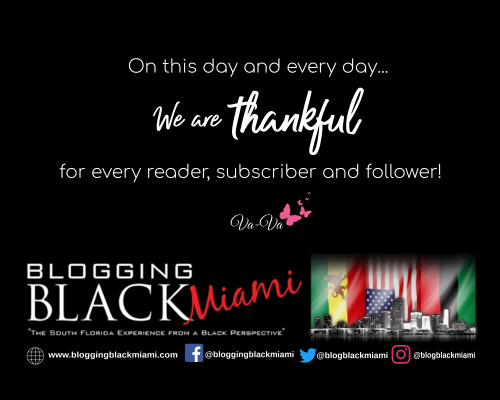 No doubt many will gather today to eat, watch sports, talk and just enjoy each other's company. Today is Thanksgiving Day in America. Like most holidays celebrated in this country the history of the holiday has been forgotten. In some ways that's not a bad thing as many Native Americans were killed and this land taken from them. We can't pretend that we are unaware of the truth. To them, this is a day of mourning. So, let's just give thanks for family and friends today and everyday.

To everyone who subscribes to this blog and follows us on social media, we are grateful. Thank you.

TODAY is ELECTION DAY! Let's Get Out and Vote! 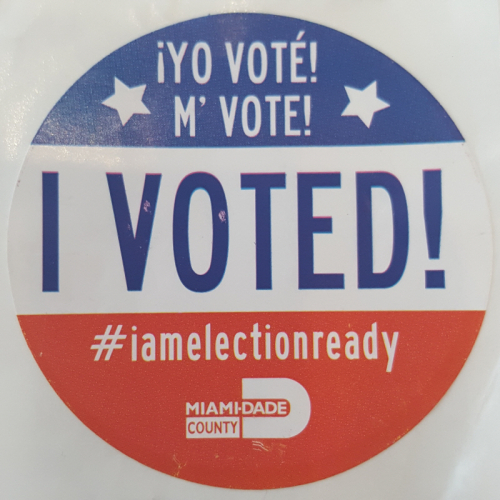 This has been a very exciting election season in Florida thanks to the excitement of the campaign of Tallahassee Mayor Andrew Gillum. According to conventional wisdom and many political folks right here in Miami said he didn't stand a snowball's chance in Hell of winning because he didn't have any money. They aligned themselves with other candidates and Gillum kept on pushing. I'm not surprised. As I wrote on this blog when he announced his candidacy and have told many friends, there is something special about Andrew Gillum. Well, the world has come to see that and his energy and personality are carrying the Democratic ticket in Florida.

I'm proud of the folks in Miami who have taken the time and energy to educate voters not just about the historic campaign of Andrew Gillum but also what's at stake in this election. There were many forums, sessions and radio shows on the candidates for office, charter amendments, referenda, and constitutional amendments as well as that humongous, confusing ballot Florida voters are faced with in this General Election.

Shout out to my buddy Andre Joyce for his insistence on the Chill, Chat & Chew conversations that we hosted at Lil Greenhouse Grill in Overtown. A special thanks to all of the candidates who participated and to our conversation starters Christopher Norwood, Jessica Garafola and Tony White. Thanks to Nicole Gates, Chef Karim Bryant and their team at Lil Greenhouse Grill for their always delicious food, great atmosphere and awesome service. Not matter the outcome of the election, we are going to continue our conversations on various tops from relationships to finances and other topics never too far away from civic engagement and improving our community.

A number of political and entertainment celebrities visited South Florida to encourage people to vote. The importance of this election has registered with many because the number of folks taking advantage of early voting surpassed all expectations.

Everyone has to do their part by voting. If you can't vote, you can make sure someone else does. This is serious. Public education, health care, judicial appointments and jobs depend on our vote. Some folks will be happy when they wake up tomorrow. Others will be quite sad. No matter the outcome. Let's remain engaged in our community and help make it better for us and future generations. 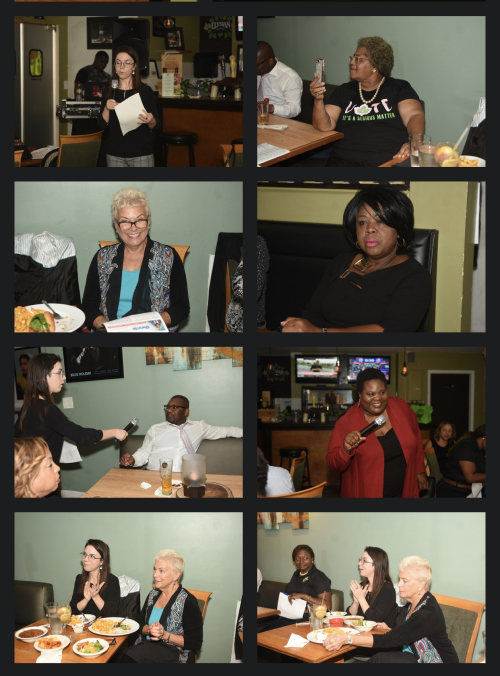 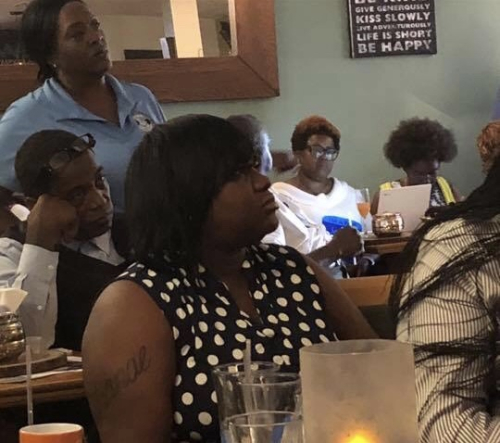 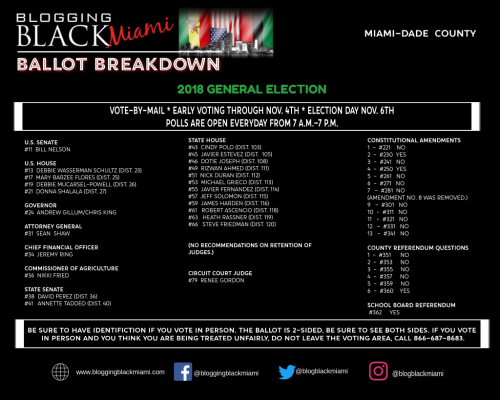 Shock and tremendous sadness overcame many in Miami’s Black community upon learning of the death of Vennda-Rei Gibson, long-time columnist for The Miami Times highly-anticipated weekly record of community social events and celebrations, The Social Whirl.

An avid reader and prolific writer, Gibson was also a retired Miami-Dade County Public Schools educator. She was a proud alumna of Tennessee State University and Miami Northwestern High School, a member of the Dade County Chapter of The Links, Incorporated; Alpha Kappa Alpha Sorority, Just Us and other organizations.

Gibson’s family and friends will celebrate her life via the following schedule:

Related link: Celebrating the Birthday of Bea Hines and the Birth of Miami's Black Scribes 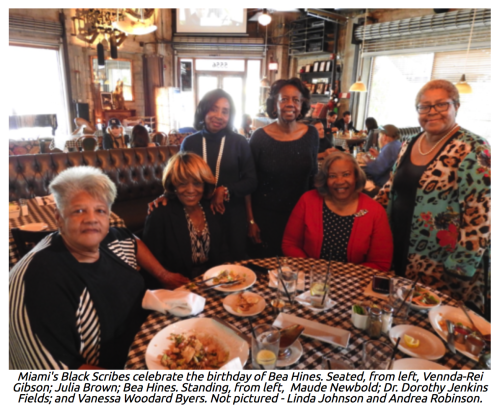 Souls to the Polls Sunday! Last Day to Vote Early! 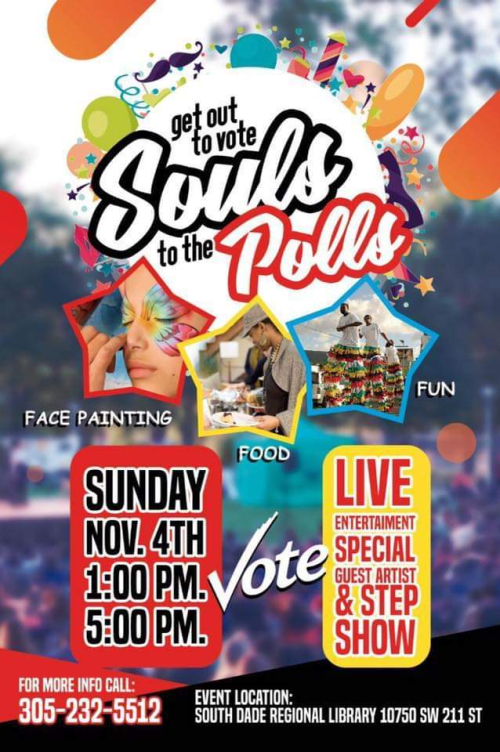 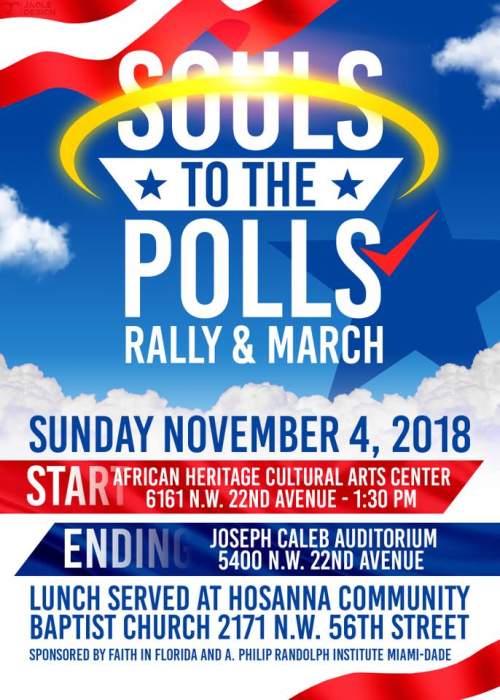 Today is the last day of Early Voting in Miami-Dade County. Many churches have collaborated to encourage voting via a “Souls to the Polls” initiative that includes a march and a rally. Several celebrities are in South Florida to maximize voter turnout for Democratic candidates.

Here are the locations of early voting locations. Get in line by 7 pm; don't leave until you vote. 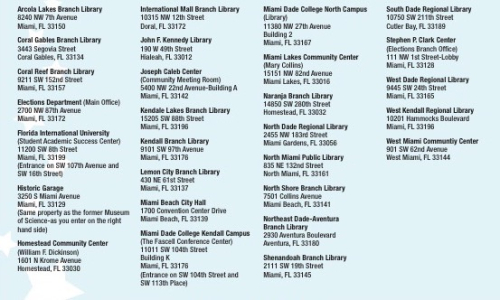 Here are the Blogging Black Miami candidate endorsements for the 2018 General Election. Download it and take it with you to the polls. 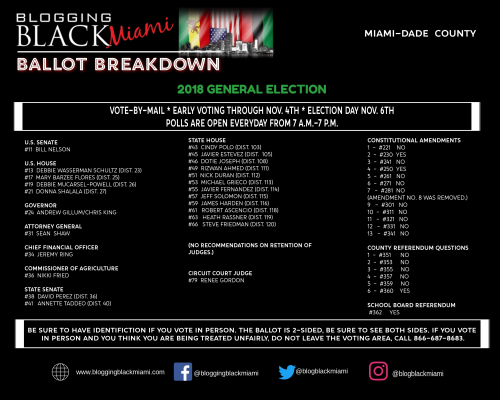