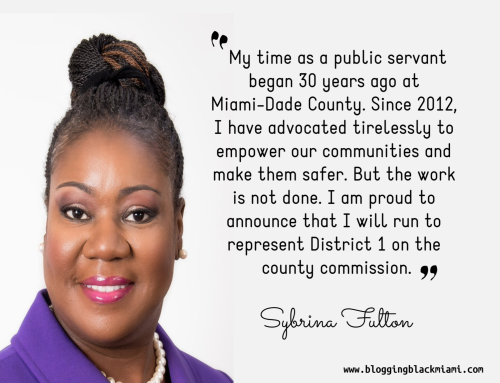 Sybrina Fulton, the mother of Trayvon Martin, broke local social media with the announcement of her run for the District 1 commission seat for Miami-Dade County (FL). She also garnered national attention from many media outlets as well as support from award-winning actress and talk show host Whoopi Goldberg from The View. Fulton’s decision disrupted plans of term-limited Miami Gardens Mayor Oliver Gilbert III and his supporters. Gilbert was perceived as a shoo-in for the seat held by Barbara Jordan for the last 16 years. Jordan is ineligible to run again as term-limits kick in for the first group of county commissioners.

Fulton, a former long-time county employee, gained international notoriety because of the fatal shooting of her younger son, Trayvon. Since that horrible incident, she has become a community advocate, author, public speaker, executive producer, member of Delta Sigma Theta Sorority and received an honorary doctorate degree. Although this is Fulton’s first run for elected public office, she checks all the boxes that are most essential regarding electability criteria --- name recognition and likeability.

During his tenure as mayor, Gilbert has been faced with law enforcement, sexual harassment and personal controversies but he is also credited with the business growth of the City of Miami Gardens and the return of the historic Orange Blossom Classic football game. It is also noteworthy that Gilbert has amassed more than $400,000 between his campaign account and political committee. While he faces a formidable opponent in Sybrina Fulton, Gilbert is not likely to shrink into the background. This race will be a battle until the end. 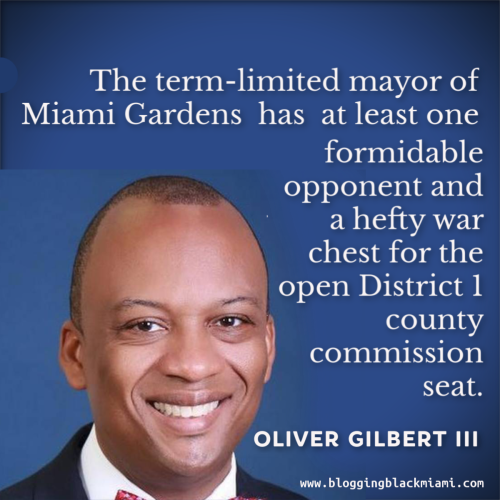 Unfortunately, there are already signs that this race will likely be very negative. In social media exchanges, supporters of both candidates are trying to have the last word in a situation that will be decided by the voters of District 1 in August 2020. The public discourse is expected. Politics is a contact sport and Miami politics can be particularly dirty. Stay tuned; it’s going to be a bumpy ride.