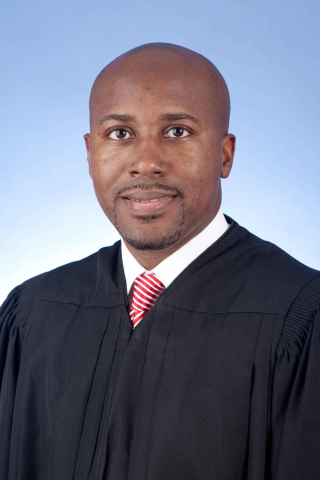 The Honorable Rodney Smith, Judge, US District Court for the Southern District of Florida

On June 12, 2019, at 2:43 pm ET, Florida Circuit Court Judge Rodney Smith ascended to the position of judge, US District Court for the Southern District of Florida via confirmation vote of 78-18 by the United States Senate. The position of federal judge is a lifetime appointment.

Smith’s confirmation is reason for many to celebrate throughout Florida and around the nation. He graduated from Miami Northwestern Senior High School, a historically-black public school in Miami’s Liberty City neighborhood. To complete his undergraduate studies, he attended Florida A&M, a historically-black public university. He continued to reach his educational goals by earning a degree from Michigan State University College of Law, a non-Ivy League law school.

His path to the federal judgeship began with the nomination by President Donald J. Trump for the judicial seat. Smith completed an extensive questionnaire and was advanced for a hearing before the Senate Judiciary Committee in October 2018. He was selected as one of ten finalists for federal judge. As part of the process, the committee sends a blue slip to senators from the home state in which the judicial nomination was received. A senator from the nominee's home state can approve the nominee and advance the nomination to the full Senate or disapprove or take no action regarding the nominee thus ending the process for the nominee becoming a federal judge.

Smith interviewed with Senator Marco Rubio and then Senator Bill Nelson. He also interviewed with White House Counsel’s Office and the Department of Justice. He was formally nominated in May 2018, but upon the adjournment of the 115th Congress in January 2019, Smith’s nomination was returned to the President. He was re-nominated later that month upon the convening of the 116th Congress.

Fifty-one affirmative votes were required for Smith’s confirmation. With a final vote of 78-18, he received many more votes than needed. There was still concern that 2020 presidential candidates Kamala Harris and Elizabeth Warren were among the 18 senators voting against his confirmation while Cory Booker and Bernie Sanders were among the four senators who did not vote at all.

Smith began his legal career as an Assistant State Attorney in the Miami-Dade County State Attorney’s Office in 1999. He later practiced at several private law firms before joining the Office of the City Attorney for Miami Beach as a Senior Assistant City Attorney in 2007. He was appointed County Court Judge by Gov. Charlie Crist in 2008. In 2012, Smith was appointed circuit court judge by Gov. Rick Scott where he served until his elevation to federal judge.

The United States District Court for the Southern District of Florida includes the following counties: Miami-Dade; Broward; Palm Beach; Monroe; St. Lucie; Martin; Highlands; Indian River and Okeechobee. The Southern district has jurisdiction over civil and criminal cases in those counties that fall under federal law.

Smith is a highly-regarded attorney and highly-respected in the community. He is proof that faith, hard work and a great attitude can take you far in life. He is a member of several organizations including Kappa Alpha Psi Fraternity, Alpha Phi Omega Fraternity, 100 Black Men of South Florida, Jack & Jill Dads, Boy Scouts of America; FAMU National Alumni Association, and 5000 Role Models of Excellence. Judge Smith and his family are active members of New Birth Baptist Church Cathedral of Faith International. 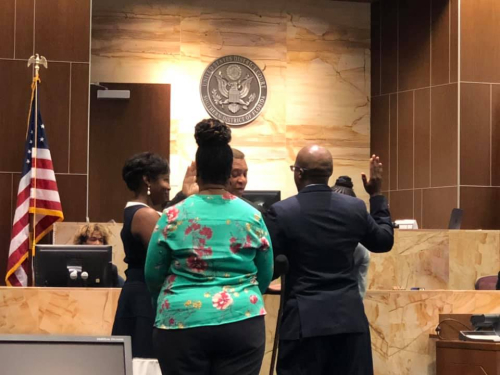 Judge Rodney Smith was sworn by Judge Donald Graham on Monday, June 17, 2019 at the Wilkie D. Ferguson Courthouse in Miami. 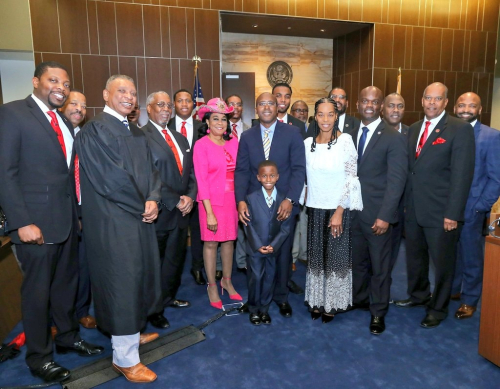 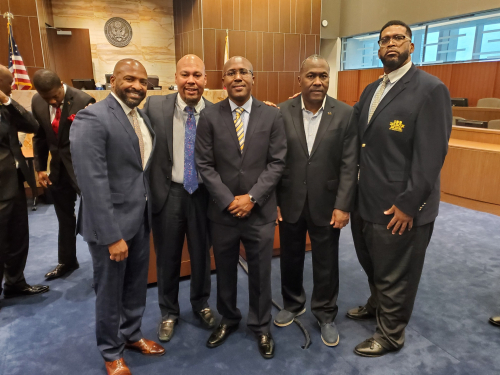 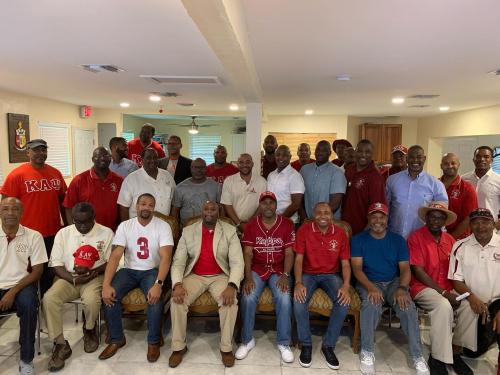 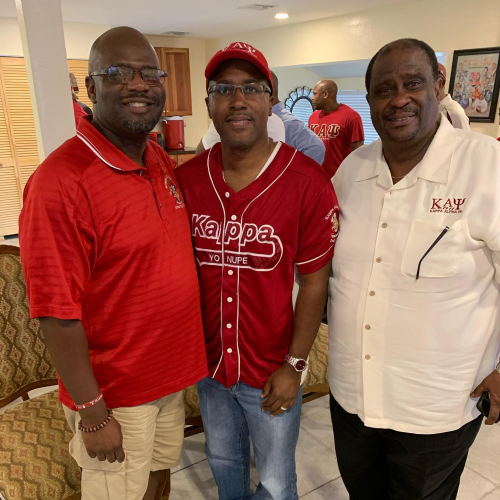 Judge Rodney Smith with fellow FAMUans Kenneth Williams and Thomas Jones who are also his Alpha Phi Omega brothers and members of the Miami-Dade Chapter of the FAMU National Alumni Association. 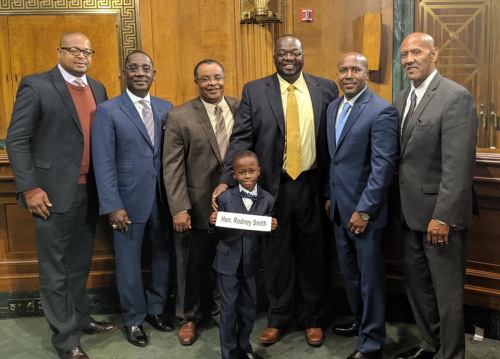 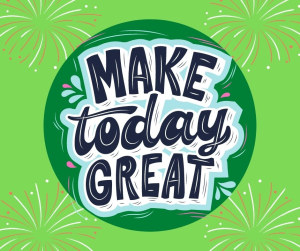