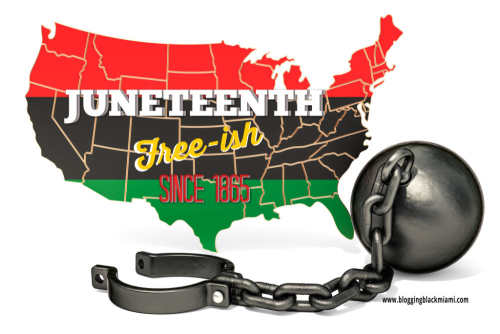 Today is a significant day in American history. It is the day commemorated as the end of enslavement of African Americans in the United States. So, as the story goes President Abraham Lincoln signed the Emancipation Proclamation, freeing enslaved Africans, that was effective January 1, 1863. The enslaved people in Texas were not officially notified until some two and a half years later on June 19, 1865.

Of course there are various tales and opinions about why it took so long to notify the people in Texas. Of the states that seceded, Texas was the last of the confederate states to rejoin the United States. There are tales of the messenger being killed along the way. The delay was also likely attributed to the plantation owners who wanted to get another season of harvesting crops out of their slaves. It was about the Benjamins back then and, truth be told, it still is.

Many people, Black and white, don't like to discuss the horrible period of slavery in this country. It's important that we know our history. It's also important we share our history with our children, even the unpleasant parts. The reality is that enslaved Africans built this country. In spite of the criminalization of educating enslaved Blacks, we not only learned to read, we create, we invent, we produce. On this day and everyday, let's be proud of what our ancestors overcame. Let's build on their legacy and not allow our families and children's consciousness to be poisoned today. Let's continue to fight for our true freedom.