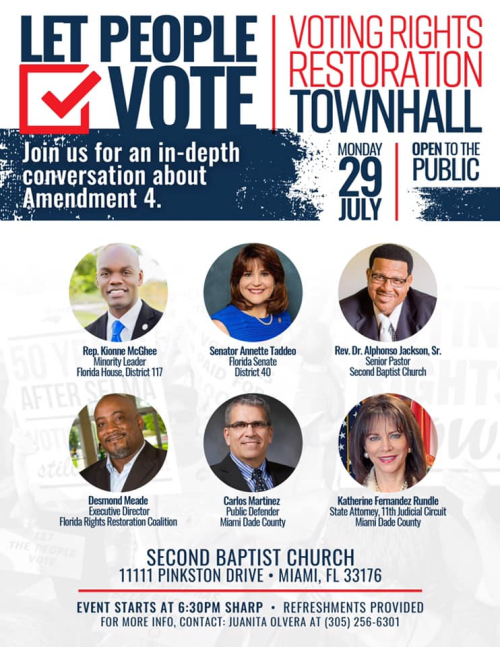 Amendment 4 is one of the most significant Florida constitutional amendments in our lifetime. Florida voters overwhelmingly supported restoration of rights for some returning citizens, formerly convicted felons who had served their time and completed probation.

Unfortunately, shortly after the 2018 General Election, it was clear newly-elected Florida Governor Ron DeSantis and the Republican-led 2019 Florida Legislature had other plans. So, the Florida Legislature successfully inserted obstacles to the restoration of rights for many Florida returning citizens. In some cases, there are fines and restitution that must be paid before restoration. There is also a possibility that financial obligations can be waived and there are other means of satisfying requirements for rights restoration. Get an update on Amendment 4 and voter rights restoration in Florida. Don’t miss this important community conversation. Spread the word.