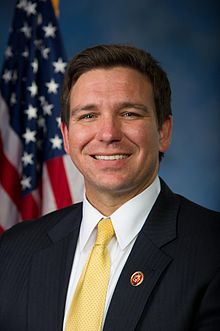 Orlando, FL –– Orlando Sentinel columnist Scott Maxwell called out Gov. Ron DeSantis’ Orlando Airport appointees for attempting to give out government contracts without a public bidding process while Florida braced for Hurricane Dorian.
On September 4, Orlando Sentinel columnist Scott Maxwell slammed DeSantis’ appointees on the Orlando Airport board for attempting to install a handpicked attorney who specializes in medical marijuana to serve as the airport’s legal counsel.
From the Orlando Sentinel:
On Wednesday — the same day Gov. Ron DeSantis declared a state of emergency — the governor’s appointees to the Orlando airport board were trying to mount a coup.
They were trying to kick out the airport’s long-time attorney and bring in a lawyer who specializes in ... medical marijuana.
[...]
That’s why I liked a proposal from the airport’s executive director to hire in-house legal counsel. Instead of giving millions of dollars to an outside firm — which might have conflicts of interest — director Phil Brown wanted an in-house attorney dedicated solely to the airport’s interest.
[...]
Before he could, board members appointed by DeSantis and former Gov. Rick Scott said they wanted Marchena gone immediately and new contracted attorneys to replace him.
And not just any outside attorneys — specific ones who had apparently been previously selected and were sitting in the audience that day.
Keep in mind: This proposal had not been advertised to the public. And it was coming from board members forbidden by state law from privately communicating with each other.