Early voting starts today and goes through Sunday, March 15, in the Florida Presidential Preference Primary. Florida is a closed primary state so only Democrats can vote for Democrats and only Republicans can vote for Republicans. 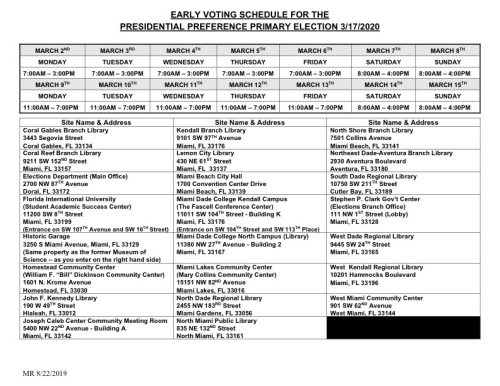 At stake are the state’s 248 Democratic delegates, of which 29 are superdelegates. Donald Trump has opposition but none of them is a threat to him being the Republican nominee. 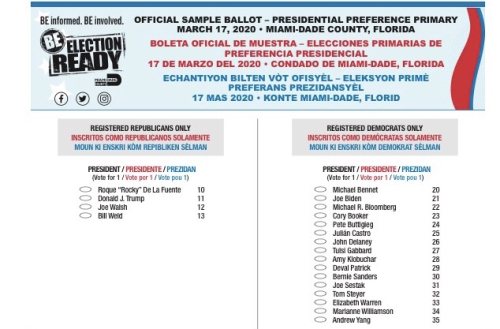 Voting actually began weeks ago with the mailing of vote-by-mail ballots. Since that time, many of the Democratic candidates have dropped out of the race. Uninformed voters are likely to waste their vote if they are not aware of each candidate’s status.

UPDATE 1: Here is a markup of an actual Democratic ballot. These are the active Democratic candidates as of the posting of this article. Amy Klobuchar is suspending her campaign. More candidates are likely to drop out after tomorrow’s Super Tuesday contests. Be informed. Share this information with your family and friends. 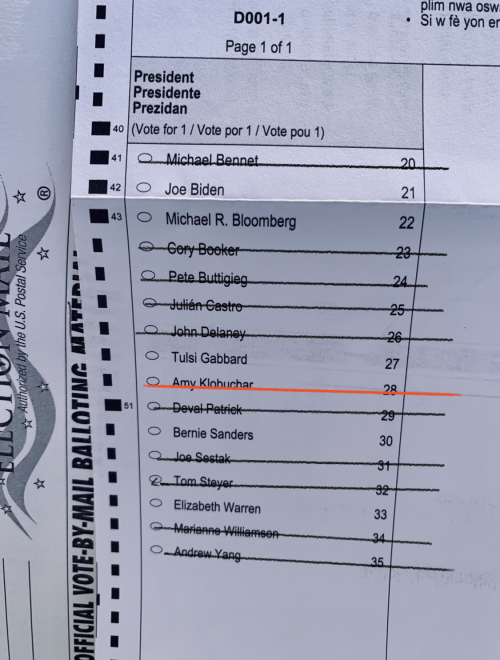