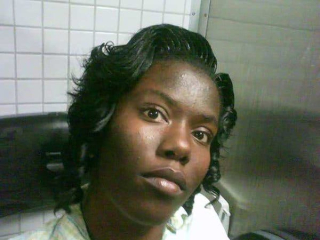 The bill ensures protections for pregnant incarcerated women and their babies

Tallahassee, FL — Today, the Tammy Jackson Act (HB 1259, titled Restrictive Housing for Incarcerated Pregnant Women) by Representatives Shevrin Jones (D-West Park) and Amy Mercado (D-Orlando) was unanimously approved by the Florida House of Representatives. On the Senate side, companion bill SB 852 filed by Senator Jason Pizzo (D-Miami) is ready to be heard on the Senate floor. Though the House’s approval is a critical step forward, SB 852 provides stronger protections for incarcerated pregnant women by comparison.

The Tammy Jackson Act ensures that pregnant incarcerated women are transported to an appropriate medical facility without delay, given proper medical care, and not placed in restrictive housing involuntarily while in labor. The legislation also sets critical standards for the treatment of pregnant incarcerated women by aiming to create a safer, more respectful environment for women behind bars.

“Just the news of this bill passing starts to restore the dignity and hope for women and girls -   including juveniles - incarcerated in Florida. Today's action of our state legislators is an example of us moving towards a more equitable Florida,” said Valencia Gunder, Campaign Director for Dignity Florida and the New Florida Majority. “Our women are more than prisoners; they are mothers, nurturers, and caregivers and it is time they are treated as such, with dignity, respect, and humanity. The future is female, she’s strong, she’s Black, she’s Brown and she will not be incarcerated.”

No pregnant woman should ever be put in solitary confinement; it is inhumane, unsafe and cruel, both for the mother and her child. Currently, Florida has the second-highest incarceration rate for women in the United States, and yet, women’s basic needs and rights are not being met or respected.

Ensuring that incarcerated people, including those who are pregnant, are safe, healthy and treated with dignity, especially during labor, is the responsibility of the state.