Blogging Black Miami
Thankful in 2020
Christmas 2020: The Year We Will Never Forget

High Marks for Gallon’s “Light Found in the Dark” 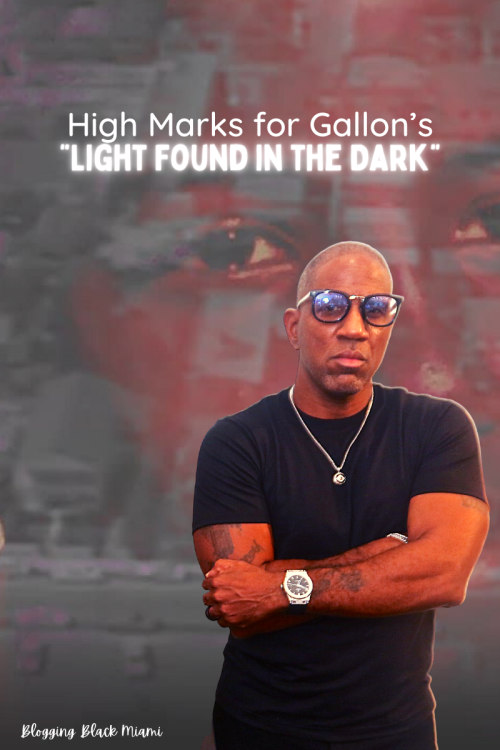 “Raw, gritty, powerful, and unapologetic,” were the words used by DeAnne Connolly Graham to describe the film. She was among the over 100 attendees for the advanced screening of “Light Found in the Dark: The Life Story of Dr. Steve Gallon III”, a new documentary capturing the life story of School Board Vice-Chair and lifelong educator Dr. Steve Gallon III. The advanced screening was held on Saturday, December 5, 2020 at the Historic Ward Rooming House and hosted by the Point Comfort Art Fair and Show, along with the Southeast Overtown/Park West CRA. Gallon, who has served as a teacher, principal, district administrator, and Superintendent of Schools before being elected as School Board Member for District 1, teamed up with local artists Arvis Lawson and James ‘Munch” Mungin II on the project as Executive Producer with Lawson serving as Director and Mungin as Producer.

“Yes, this is an art gallery focused on art, specifically Black art,” said Christopher Norwood, organizer of the Point Comfort Art Fair and Show who reached out to Gallon and his team about featuring the film. “Tonight, Dr. Gallon, Arvis, and James are artists. They are using Dr. Gallon’s life as a canvas, a work of art, to educate, enlighten, and inspire,” he said as he gave opening remarks before presenting the film.

Light Found in the Dark focuses on the life of renowned educator, Dr. Steve Gallon III, who rose from the streets of Miami’s Liberty City to become a teacher, principal, Superintendent, and now the Vice Chair of the Miami-Dade County School Board, the nation’s 4th largest school district. Part 1 of the three part documentary examined and explored Gallon’s deeply personal, often problematic, and even painful period growing up in Liberty City. The 1980’s Liberty City riots, the deaths of childhood friends and even the senseless killing of a popular Miami-Dade County Schools teacher by a childhood associate provided grim context and setting during Gallon’s formative years. The film uses Gallon’s real life in framing the narrative and struggle of young Black males decades ago and even today, and their continued struggle, no matter their place in today’s society, to avoid pitfalls which too often lead to prison, poverty, or an early death.

Miami-Dade County Public Schools teacher and Liberty City native and activist Amber Hayward took to Facebook to give kudos to the production. “Goosebumps all night! Talking about an event that left you feeling amazing,” she said. “I felt so proud to be a product of Liberty City. I was so proud because Dr. Steve Gallon told his story, so many of our stories, and he made us feel good.”

Among the attendees with one of Gallon’s older brothers who was highlighted in the film and served time in prison, was another person featured in the film, who Gallon expressed strong respect and adoration for, and who was the “brother” from another mother. Leon, who Gallon recognized in the audience, served 25 years in federal prison and was released in 2012 to join him and his family when Gallon buried his late mother, Virginia. “It was a tale of two criminal justice systems---two different outcomes for essentially the same charge. My brother pleaded guilty and served 5 years. Leon went to trial and was sentenced to 30 years and served 25. The system essentially punishes you more harshly for fighting…for challenging it,” Gallon shared with the audience during the Q & A with him, Lawson, and Mungin which was moderated by Norwood.

“Gallon’s life story and journey reflect yet another iteration in the narratives told by Claude Brown in Manchild in the Promise Land and Nathan McCall in Makes Me Wanna Holler,” said Norwood and we are proud that the film was debuted at the Point Comfort Art Fair and Show right here in Overtown.

The evening included a live performance by local HipHop/Rap artist Gemhe Real, who performed his original song “Tunnel Vision” which served as the film’s lead soundtrack. Gemhe Real is a former student of Gallon’s at Miami Northwestern where Gallon served as principal. Real shared the impact that his former principal had on his life. “Dr. Gallon saved lives” said Real. “I know because he saved mine and never gave up on me. I am blessed to be up here reppin’ Overtown, the West, and this film and Doc’s life and message through my music.

The next screening is planned for February 2021.

View the film’s trailer at https://youtu.be/jxTRh1VQiec 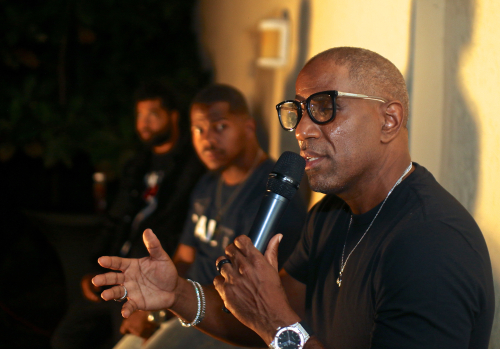 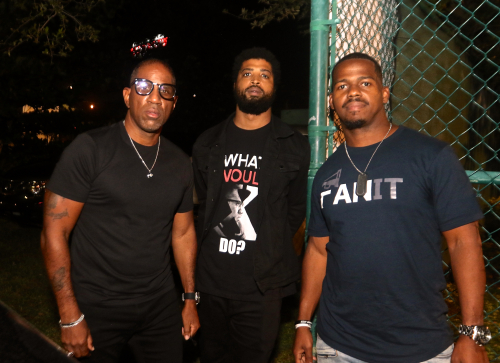 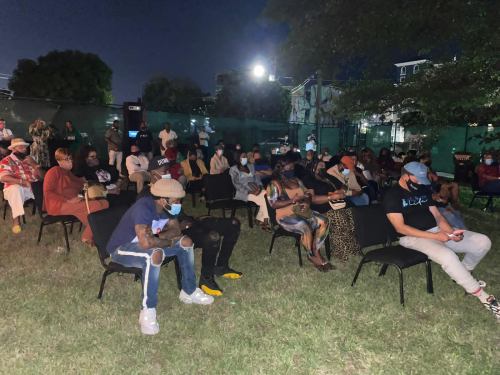 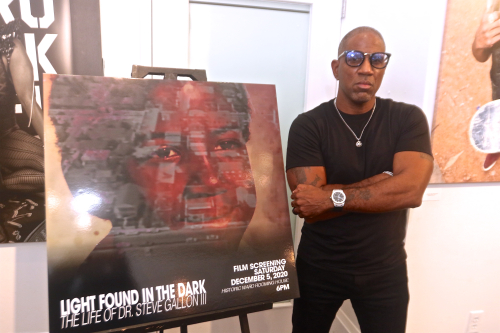 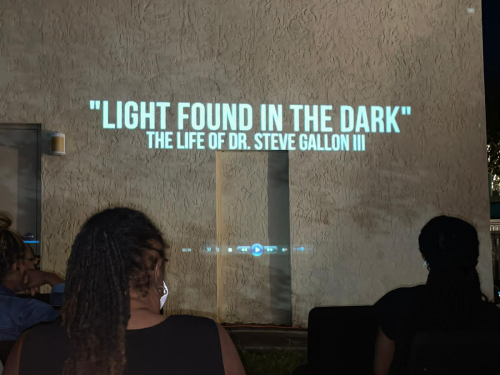