Formula  One: The Racing Event that Refuses to Accept “No” from Black Homeowners 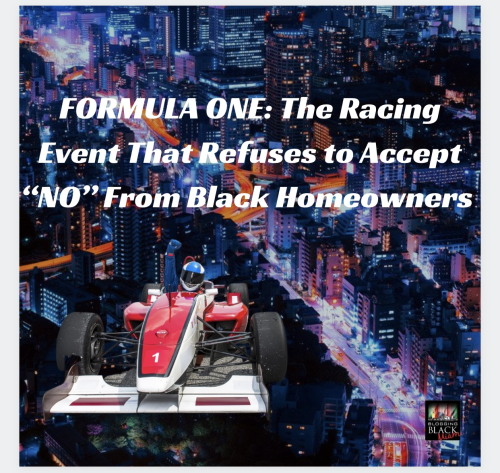 In 2018,  Formula One Grand Prix racing on city streets was rejected by residents in downtown Miami due to excessive noise, environmental pollution and traffic chaos. In 2019, real estate developer, sports team owner and philanthropist Stephen Ross sought to move the multi-day event to Hard Rock Stadium in Miami Gardens. Residents rejected the event for many of the same reasons it was rejected in downtown Miami. It’s 2021; rather than find another location for the racing event, Ross appears to have been strategic and waited long enough for supportive leaders to be elected or selected to the Miami Gardens City Council to approve his event.

At tonight’s Miami Gardens City Council meeting, Mayor Rodney Harris will proffer a resolution that is purported to satisfy Ross and concerned residents. His resolution addresses major critical concerns surrounding noise and environmental pollution. Moreover, his resolution also indicates the event will not be held on 199 street or 27th avenue. There are also promises of $5 million to the City, funding for STEM programs at schools, opportunities for local restaurants and paid internships for students.

Those all sound great to most people, but the devil is in the details. First of all, on its surface, the body of the resolution appears to have been crafted by the Dolphins organization. Secondly, that $5 million amount might sway many people, but it translates to $500,000 or less per year over a 10-year-period. In the multi-billionaire world of Stephen Ross, that’s less than chump change, don’t sell yourself cheap, Miami Gardens. Thirdly, if this is such a great idea, why did residents have to find out via local media?

A town hall meeting or workshop with the mayor, council members, and the public could have been an excellent vehicle for introducing this resolution. There could have been dialog, and questions could have been asked and answered if it was all above board. Instead, this resolution seems rushed, forced, and shady. Instead, residents and a coalition of organizations — Miami Gardens Families Unite, UP-PAC (Unrepresented People’s Positive Action Council), and the Miami-Dade Branch of the NAACP continue to protest Formula One racing in Miami Gardens.

The mayor’s resolution is Agenda Item 12.1. It is toward the end of the printed agenda but could be taken out of order. If you wish to give public comment, pre-register with the City Clerk no later than 6 p.m. by emailing mbataille@miamigardens-fl.gov.