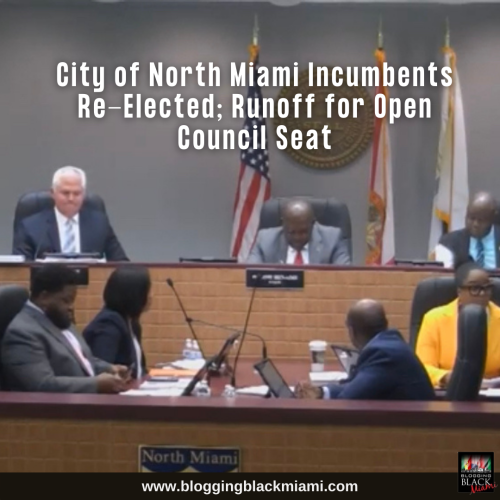 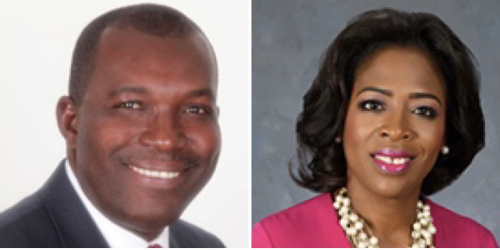 Mayor Philippe Bien-Aime and Councilwoman Mary Estimé-Irvin were re-elected to their positions. 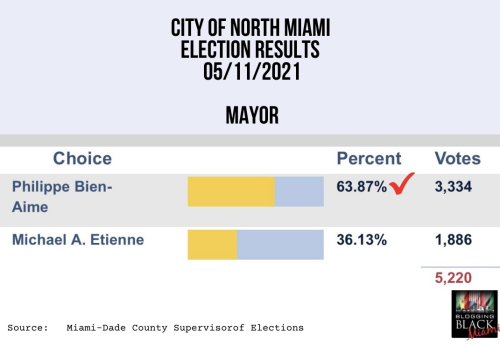 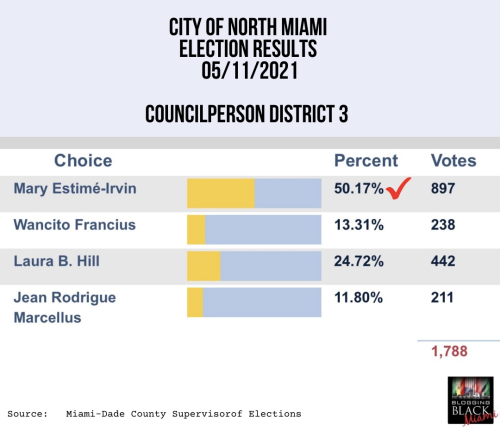 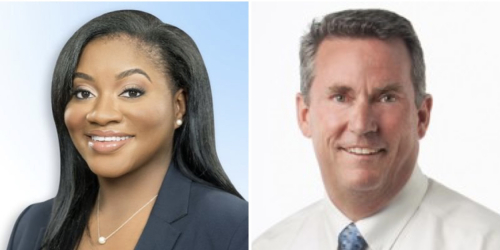 Kassandra Timothe and Kevin Burns are in a runoff for the District 2 Council seat. 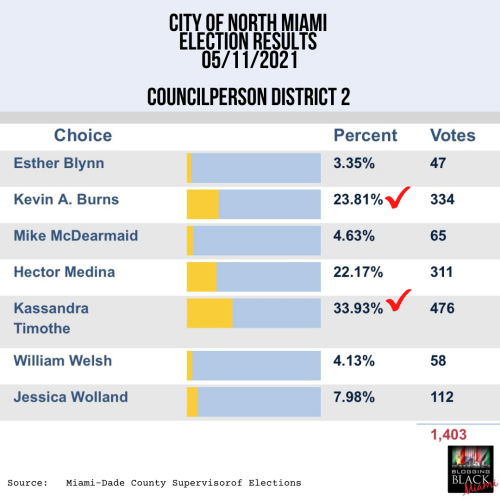 If you live in the City of North Miami Council Seat 2 voting district and are eligible to vote, exercise your right. Only 16 % of the city’s 34,084 registered voters turned out in the last race.  Conventional wisdom dictates that turnout percentage will be smaller for the upcoming  runoff election. If you don’t vote, don’t complain. 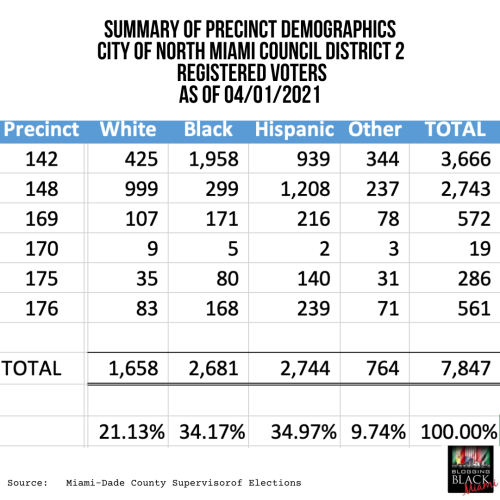