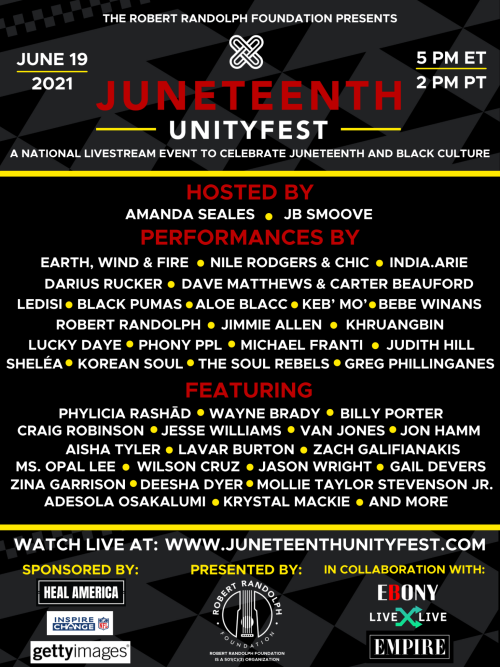 Juneteenth Unityfest, a star-studded live streamed event presented by the Robert Randolph Foundation (RRF) is designed to commemorate and celebrate the Juneteenth holiday. GRAMMY™ Award-winning artists India.Arie and Ledisi have been added to the lineup.