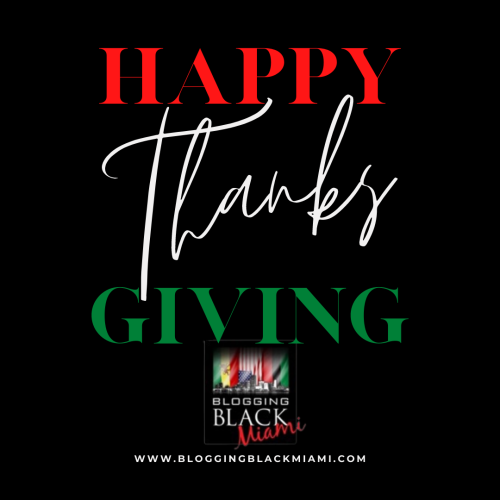 In the midst of the madness, we continue to experience each day, we give thanks. We celebrate friends and family that make our lives better and worth living each day. We pray for peace, love  and understanding during a time that sees us divided and disconnected. We give thanks for the courageous among us that fight the demons among us sent to keep us ignorant, fearful, and divided.

In the spirit of our ancestors, we pray and give thanks on this day and everyday. Amen. 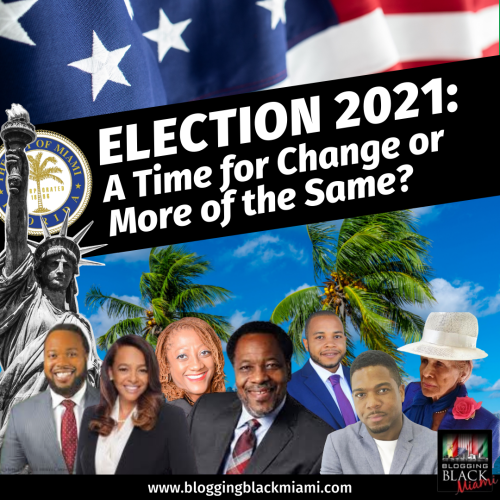 Tuesday, November 2, is Election Day in various municipalities throughout South Florida. In the City of Miami, races for the mayor and two commissioners are on the ballot. Conventional wisdom dictates Mayor Francis Suarez and District 3 Commissioner Joe Carollo will be easily re-elected. Both men have been involved in controversy, lately for one and historically for the other, but they also have amassed huge campaign war chests that will allow them to prevail in this low voter turnout race.

Of the District 5 candidates, it appears that Hepburn, King, and Watson are the most viable.

The energy and ideas of Michael Hepburn have garnered him a lot of attention late in the campaign cycle. He earned the coveted recommendation of The Miami Herald editorial board and expanded his reach with the endorsement of famed filmmaker/activist Billy Corben. If he wants it, Hepburn has a future in politics. He has been a candidate for State Representative - District 108 and U.S. House of Representatives - District 27. He could benefit from establishing himself in one general area and building relationships to allow his much-needed people-centered ideas to come to fruition.

Non-profit executive Christine King has lived in Miami-Dade County since her childhood years. She was educated locally from elementary school through law school. She has been endorsed by Miami-Dade County Mayor Daniella Levine Cava and County Commissioner Keon Hardemon. Hardemon’s endorsement of King for the seat he once held is no surprise as she has longstanding close ties with the Hardemon family. King touts her relationship with Commissioner Hardemon as a positive for District 5, yet some residents think she will be a puppet for the Hardemon family. King appears to be the frontrunner in this race. She has hard-hitting commercials on radio, television, and social media. In this low turnout race, she is destined for an outright win or a runoff.

Incumbent District 5 Commissioner Jeffrey Watson was appointed almost a year ago. To those unfamiliar with Miami politics, he seemed to come out of nowhere but, his history with the City of Miami government made him the perfect placeholder candidate until this election. The reality is that anyone following City of Miami politics knew that Watson would likely change his mind. Recent history harkens back to Rev. Richard Dunn, who was appointed and later changed his mind and ran. The commissioners should have made and appointment, without a stipulation, rather subject the public to more political theater. Of the candidates, Watson possesses the hometown bonafides, business and high-level government experience that are assets to the commission. He appears to be the best skilled to deal with the circus that has become Miami City Hall. When Watson speaks, it is typically in a calm manner and he displays excellent analytical skills. He is the much-needed adult on the dais at Miami City Hall. Watson has been endorsed by Carrie Meek and Kendrick Meek, both Former U.S. Representatives. He has his work cut out for him to win this seat.

If the winner of this seat has any genuine concern about and for the residents of District 5, they will actively engage candidate François Alexandre in developing and executing plans to help the grassroots people in the community. Alexandre could easily represent District 5 well on the commission but he best serves as a community advocate who will mobilize residents and hold the commissioners accountable.

Voters have until 7 pm to cast their ballots at their respective precinct. If no candidate wins 50 percent of the vote, a runoff between the top two vote-getters will occur on November 16. Will there be a change or more of the same? Only the voters will decide.