Many of you are probably tired of hearing about politics, especially during this time of political violence and extreme polarization. Please study the picture below. Discuss it with your family. This is history. This is why WE MUST VOTE in every election. This is an effigy strung up by the Klu Klux Klan in Miami, Florida, in the 1940s. It was done to intimidate African American voters.

In 2022, media coverage of Florida’s election police arresting mostly Black, unsuspecting returning citizens, who were led to believe they had the right to vote, has the same chilling effect.

Don’t be fooled. The vote is power. We must not be too afraid to use it. 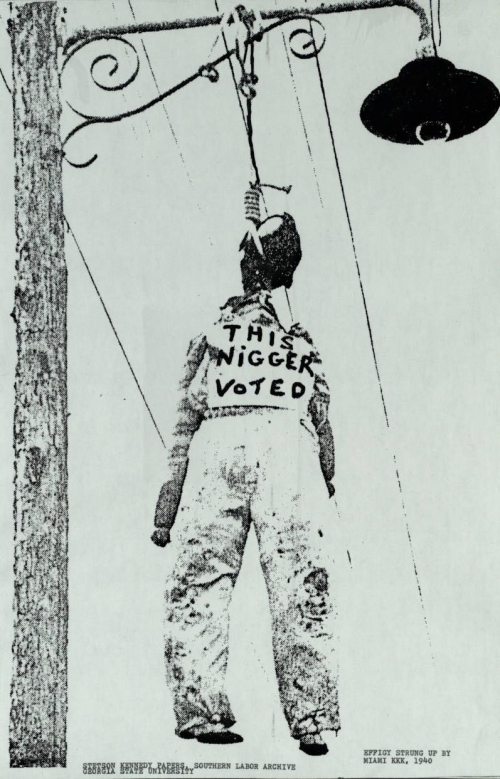