Blogging Black Miami
Push Through in 2022: Voter Intimidation in Miami in the 1940s
Giving Thanks in 2022 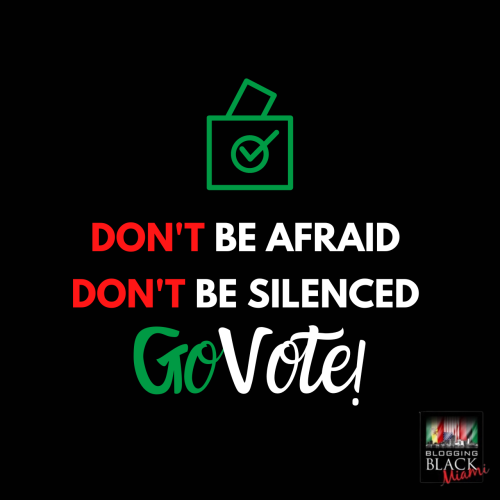 Today is Tuesday, November 8, 2022. This is the LAST DAY to vote in the 2022 midterm elections. Vote-By-Mail ballots have been returned. Early voting is complete. Today is the last day for in-person voting, which must be done at your precinct. If you live in Miami-Dade County and don't know where your precinct is located, click here. The polls close at 7 pm.

From various reports, it appears that the voter-suppressive tactics of Gov. Ron DeSantis and the Republican Party and anemic Florida Democratic Party challenge have effectively curtailed the black vote. From the unresolved reports of the unauthorized changes to the party affiliation of several voters in Miami-Dade County to redistricting resulting in diminished black voting strength to the newly-formed elections police force's arrest of several returning citizens for voter fraud, this has been quite an eventful political season.

While it appears that Florida has been written off as a red state, we, as citizens, have the right to vote and should exercise it for every election. Go Vote!