See Public Notice below. A Public Hearing has been scheduled to be held on Tuesday, July 21, 2020 at 9:30 AM, to address issues including the establishment of a West Grove Community Redevelopment Agency (CRA) and to prepare a community development plan for the area. The meeting will be webcast. See instructions to participate by Zoom or by phone. 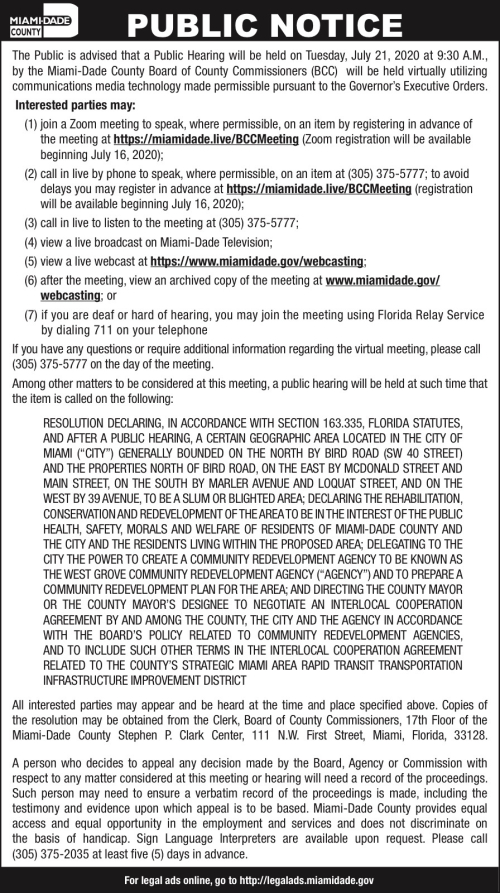 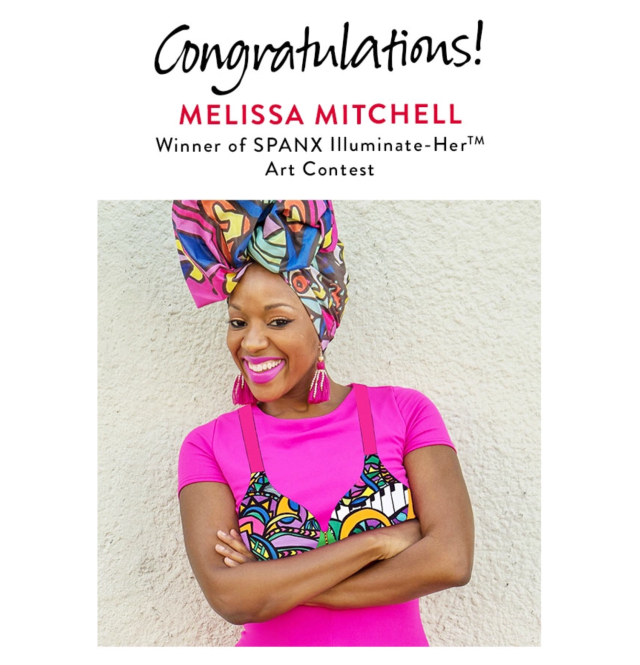 Congratulations to Melissa Mitchell, winner of the SPANX Illuminate-Her™️ Art Contest! Melissa is an Atlanta-based, self-taught artist, who has a love of vibrant colors, unique shapes, and bold dark lines. Born and raised in Miami, she attributes her Bahamian heritage, melodic sounds and the colorful world around her as her greatest inspirations.  Her art has been featured around the world. Her unique head wraps, Abeille Creations, have adorned the likes of Lupita N’yongo featured in Vogue magazine. Melissa is a proud graduate of Florida A&M University and member of Alpha Kappa Alpha Sorority. Her art will debut on SPANX styles next Spring. Stay tuned! 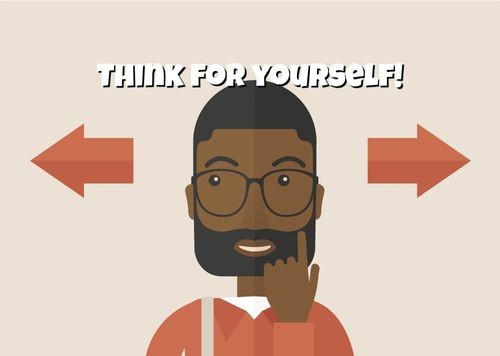 My high school classmate, DC Clark, also president of ICARE (Inner City Alumni for Responsibility Education) is stirring the pot this morning about Miami-Dade County Mayor Carlos Gimenez and Miami-Dade County Public Schools Superintendent Alberto Carvalho’s plans to build a charter school in the soon-to-be demolished and renovated Liberty Square Housing Project also known as the Pork ’n Beans. It seems the issue has become quite public and quite political since the Mayor reported the Sup to the ethics commission. You gotta love Miami.

Anywho, this is what DC wrote:

Are Mayor Carlos Gimenez and Superintendent Alberto Carvalho fighting to see who can fuck the Black community the most?

Do you remember all the planning, preparation and anticipation you went through on Sunday in order to get ready for the Super Bowl? Well you better muster up the same kind of energy for this fight we have that is being played out right before our very eyes. From the looks of things we are being gashed with no Vasoline.

Fact: The new Liberty Square $250 million development project is destined to have a new Charter School placed right smack in the middle of it. It will be a K-12 school that will negatively affect the enrollment of Northwestern and Edison and their surrounding feeder patterns which includes Holmes, MLK, Allapattah and others. What will happen to those schools would be worse than what happened to Central once Turner Tech was placed literally in our backyard. It will also be the first leg of gentrification.

But wait, it gets worse. There is speculation that Superintendent Alberto Carvalho and the District was in on this plan all along. From the looks of things, they partnered up with the University of Miami to form a team by the name of Miami Waymark 2.0. That team was the third highest bidder and was recently eliminated from the process. Related Urban Development Group and Atlantic Pacific Communities are the two groups remaining in the Bidding process. Carvalho said his team signed his name to this bidding process and he had limited knowledge of it. Of course many people that I talked to think this is total bullshit.

The Miami Herald recently reported that after Miami Waymark 2.0 was eliminated, the Superintendent paid Miami Dade Mayor Carlos Gimenez a call and wrote him a letter which he, the Mayor, reported to the Ethics committee. A Cone of Silence was put into place so that participants of the bidding process could not openly discuss the bid. This is particularly troubling because it appears that District personnel reached out to ICARE to condemn the Charter school only after they were eliminated. If this is true, then they have some explaining to do.

Bottom line is it appears a K thru 12 Charter school will be placed right in the middle of the new Liberty Square development. It will have a negative affect on many of our schools that have been long standing institutions in our community. Many of those schools will face closing. This without any input from the community. Before ICARE renders it's final conclusion on this matter, we are demanding a copy of the letter sent to the Mayor by the Superintendent and we are also seeking the letter detailing the District's involvement in the bidding process. Both are public record and we expect to have them soon. In the meantime, we’ve got to get off our asses and let our voices be heard. Stay Tuned.

Wake up, family. Too many of us have been distracted by foolishness and intentionally misguided far too long. We have been sold out by folks who look like us. Some of us in positions of influence, hand-picked by the powers that be, have done little to nothing for the collective and only satisfied our individual desires for materialism that masks our insecurities. Nothing about this issue is really a surprise. Some folks, including Blacks, are sincerely ignorant of the damage they inflict upon the Black community while others are keenly aware and rely upon the ignorance and/or silence of others to accomplish their goals. Wake up. Stay woke. 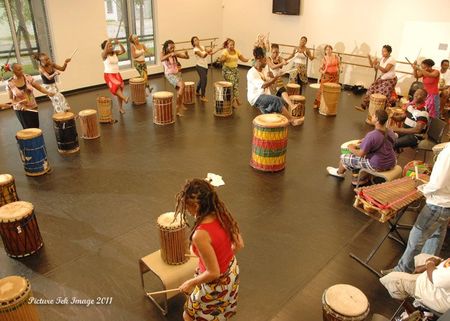 The 3rd annual African Diaspora Dance and Drum Festival of Florida presented by Delou Africa Inc. is set be a high-spirited three-day event that will heighten the awareness of African culture through captivating traditional African dance, drum, music and history. The festival takes place on August 3-5, 2012 at the Little Haiti Cultural Center.

One of the many highlights of the festival is the “Bridging Cultural Gaps” concert on Saturday, August 5th at 7:45pm that will feature Delou Africa Dance Ensemble, Delou Fatala, and a special collaboration from world renowned artists that hail from Haiti, Cuba, Ivory Coast, Senegal, and The Republic of Guinea.

The concert will end with a Dundunba celebration. Following the concert Dr. Charles Davis Founder of Chuck Davis Dance Co. and the African American Dance Ensemble will be presented the 2012 Delou Africa Inc. Cultural Community Outreach Award. The award ceremony will conclude with a raffle drawing that will include 2 round trip tickets to South Africa and other prizes.

The 3rd annual African Diaspora Dance and Drum Festival of Florida is under the artistic direction of Delou Africa Inc.’s and Delou African Dance Ensemble(D.AD.E.), Executive Director Njeri Plato-Dioubate and also Ibrahima Dioubate who is the company’s Griot and musical consultant. "It is a joy to see people from all walks of life children and adults coming together to experience the rich traditions of African Culture through dance, drum, music and history. My dream has become a reality” states Njeri.

If you are like me, you probably thought the 2012 Miami/Bahamas Goombay Festival had come and gone in the Grove on the first weekend of June, and you’d just missed out. Well, not to fret, this year’s celebration has been moved to the first weekend in August 2-5,2012.

On the surface, Goombay is a time to party and have a good time but it’s really more than that. Goombay is a time to celebrate the contributions of Bahamians who settled in Miami and literally and figuratively helped build its foundation. I don’t know the reason for the festival’s date change but I’m glad I didn’t miss the celebration. Mark your calendar and stay tuned.

The documentaries produced through this project are intended to create an archive of resources to preserve the rich history of the Grove and as a means to teach the next generation.

Here is the brief documentary from 2011. More details are availalble on the UM Law School website.

If you go to this year's event: