Commemorating the 10th Anniversary of the Haiti Earthquake 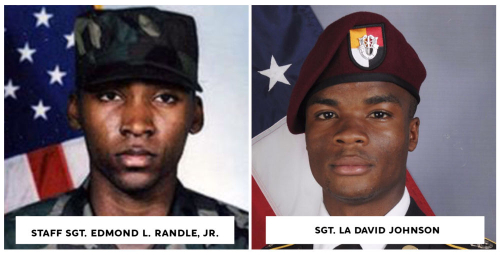 Today we observe Memorial Day, previously known as Decoration Day, to honor men and women who died in active military service to this country.

The very first Memorial Day was on May 1, 1865, in Charleston, S.C. when formerly enslaved Africans held a ceremony to honor 257 dead Union Soldiers who had been buried in a mass grave in a Confederate prison camp.

They spent the next two weeks digging up each body and giving them a proper burial to honor them for fighting and dying for their freedom. The gracious African Americans then held a parade of 10,000, led by a procession of nearly 3,000 black children dancing, singing and marching in celebration.

In keeping with the original spirit and honor of the first Memorial Day observance, we recognize the sacrifice of two heroes from Miami Gardens who made the ultimate sacrifice for this country: U.S. Army Staff Sgt. Edmond L. Randle Jr. and U.S. Army Sgt. La David Johnson.

Miami Gardens hero Sgt. La David Johnson gave his life after being ambushed in Niger on October 4, 2017. Johnson and his team members — Staff Sgt. Bryan Black, Staff Sgt. Jeremiah Johnson, and Staff Sgt. Dustin Wright were killed. His death captured the attention of the nation and mainly South Florida when the current occupant of the White House politicized Sgt. Johnson’s death and insulted Congresswoman Frederica Wilson in the process.

Video of Sgt. Johnson’s beautiful then-pregnant wife, Myeshia slumped over his casket in tears as it arrived home and their adorable children at their father’s funeral, tore at the heartstrings of anyone who is a human being. For many in South Florida, questions remain about Sgt. Johnson’s death. Inarguably, the nation owes him and his team members gratitude and tremendous honor forever.

On January 17, 2004, Sgt. Edmond L. Randle, Jr. of Miami Gardens became the first documented South Florida soldier to be killed by anti-US insurgents in Iraq. Randle was one of three soldiers who died that day when a homemade explosive device struck their vehicle near Baghdad.

Sgt. Randle attended American Senior High for part of his high school years but continued the family tradition by graduating from Miami Central Senior High. Like his father, Edmond Randle, Sr., Sgt. Randle was a standout musician in the Marching Rockets Band at Miami Central and continued at Florida A&M University where he earned a music scholarship and was a section leader in the famous Marching 100. Because he wanted to be a pharmacist, he gave up his music scholarship and volunteered for the Army, which would help fund his educational plans.

Despite its origins, the African American impact on the shaping of Memorial Day is mostly forgotten and ignored by the mainstream. Let’s do our part in making sure all soldiers are remembered who gave their lives in service to this country. Let’s remember the origins of Memorial Day and especially never forget Staff Sgt. Edmond L. “Dakie” Randle and Sgt. La David Johnson. 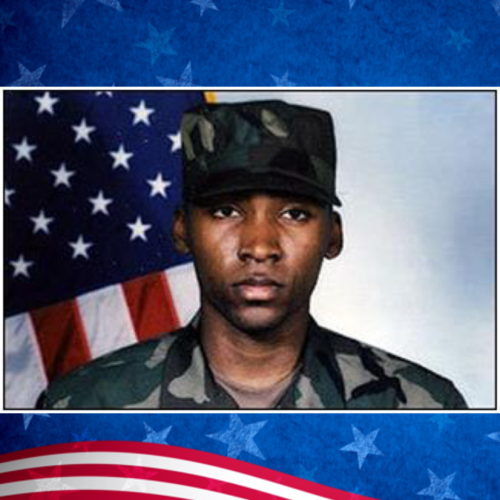 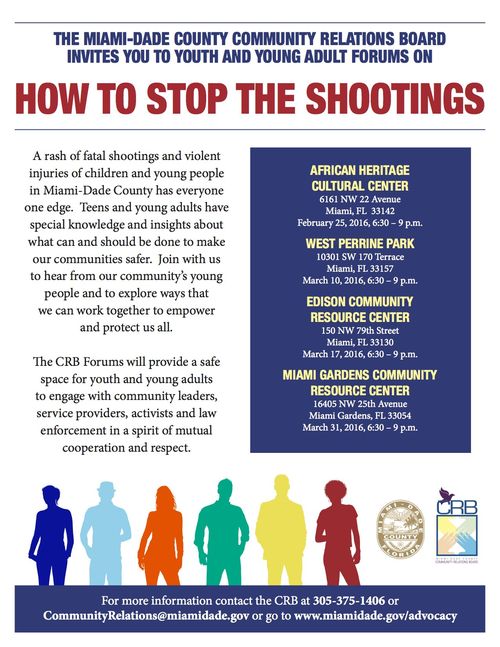 In response to the rash of fatal shootings and other violence in our community, youth and young adults in Miami-Dade County are invited to a series of community forums on How to Stop the Shootings.

Young people are encouraged to come out and share their special insights about what can and should be done to make our communities safer.

The Miami-Dade County Community Relations Board (CRB) along with County Commissioner Dennis Moss and local community-based organizations are convening the event.

When they participate, our youth and young adults will be empowered to share their ideas, create partnerships and identify resources that are needed to stop the shootings. The CRB will be pleased to have you join us for this important opportunity.

Please spread the word about this event, especially to young people that you know. Free refreshments will be served. 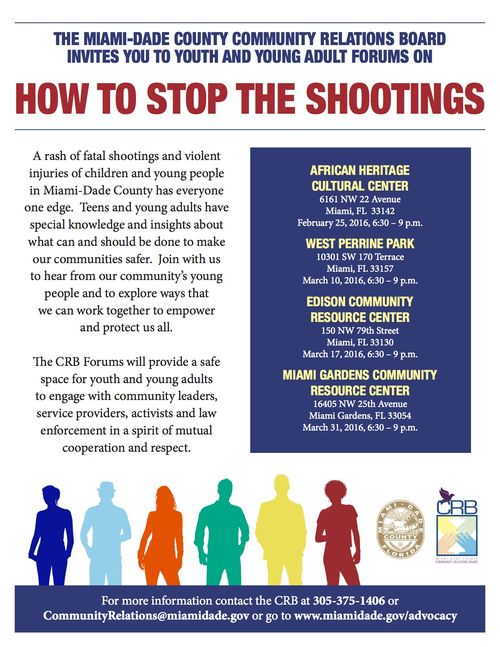 MIAMI – The Miami-Dade County Community Relations Board, in partnership with elected officials and other advocacy organizations, will be hosting a series of youth and young adult forums over the next several weeks to discuss the rash of fatal shootings in high-impact neighborhoods and what can be done to make these communities safer.

The “How to Stop the Shootings” forums – which are designed to help reduce tensions and empower community members by engaging youth, providing a forum to share information, identify resources and facilitate partnerships and relationships – will take place at the following times and locations:

For more information, contact the CRB at 305-375-1406 or CommunityRelations@miamidade.gov or visit www.miamidade.gov/advocacy

South Florida is still in shock after learning of the death of retired Miami-Dade County Police Director Robert "Bobby" Parker on Wednesday evening, July 22, 2015 by apparent suicide. Parker was well thought of and respected in the community. He will be missed by so many. Please continue to pray for his family and friends. 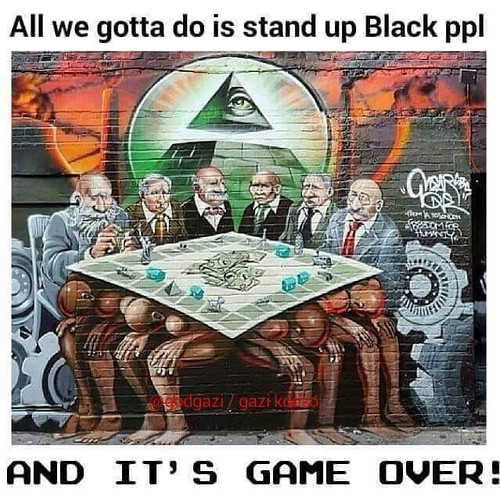 Another young man is dead after a shooting in Miami yesterday. There was another shooting today. This is pure madness in so many ways but this problem can be solved. Perhaps those really in control feel certain people are expendable so just let them destroy themselves. Think about it.

It's really sad but the violence in our community is partly the result of budget cuts to programs that helped our children and families. Too many of us remained silent as the cuts were made. We didn't really advocate for those programs to our elected officials. We didn't really hold folks accountable who were responsible for administering academic, cultural and social programs in our community. We sat back and watched funding shifted to various projects and then quietly accepted our leaders excuse of inadequate funding when it comes to education and educational programs. So two or three generations later, we now co-exist with undereducated hopeless people with little respect for life ---- theirs or anyone else's. It's sad that many of the victims and perpetrators of violence don't understand their role as pawns in this game of greed and power.


Don't contribute to your own demise:

"I never ever ran from the Ku Klux Klan and I shouldn't have to run from a black man." - Kool Moe Dee

(This video was released in 1989 by a coalition of East Coast rap stars. Twenty-six years later, the message is the same.)

JUSTICE HAS FAILED OUR COMMUNITIES

Miami, FL - This has been a somber week for African-American families across the country. The same day that the Grand Jury in Ferguson decided not to indicte officer Darren Wilson for fatally shooting Michael Brown, an unarmed teenager, Marissa Alexander is forced to agree to an unfair plea deal for defending herself from her abusive husband.

Once again, the criminal justice system has failed the people it is supposed to protect, and has turned its back to the values of justice, freedom and equality it is supposed to uphold. In less than two years, the country has cried for the deaths of unarmed youth like Trayvon Martin (Sanford, FL) and Michael Brown (Ferguson, OH), and has tirelessly asked for justice without results.

"A justice system that cannot protect our youth while walking down the streets and cannot prosecute armed men who unnecessarily shoot and kill unarmed teenagers, is a failed system. On top of that, a system that questions the innocence of our youth and instead criminalizes their appearance and their living conditions, is a system we can no longer trust or respect," says Saraí Portillo, Interim Executive Director for the Miami Workers Center.

That same system has proven it also fails to protect women victims of domestic violence like Marissa Alexander, who was sentenced to 20 years for firing a warning shot to stop her husband from beating her. After years of being away from her children, this week Marissa Alexander agreed to a plea deal to put a closure to the unfair criminal case against her.

"As a woman of color and a mother, my heart understands the reasons that lead Marissa Alexander to accept the unfair charges against her and re-victimize herself. But the fact that our justice system gave her no other option, is cruel and inhumane. No woman who has been a victim of domestic violence should be forced to chose between justice and her children," says Marcia Olivo, Gender Justice Coordinator for the Miami Workers Center and Co-founder of Sisterhood of Survivors. "The justice system has failed to protect black and brown mothers and their children, and we cannot accept that anymore."

Message from the NAACP on the fatal shooting of Michael Brown 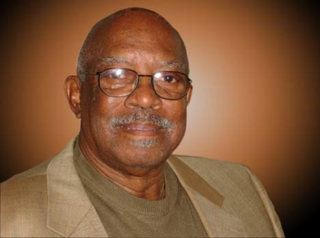 Dr. Harold E. "Hal" Guinyard passed away on Thursday, May 1, 2014. He will be remembered for the number of people he helped including students and adults. He began his career with Miami-Dade County Public Schools in 1957. Early in his career he taught fourth grade at Douglas Elementary School, and physics, chemistry, and biology at North Dade Junior-Senior High School. He proudly served as assistant principal at Miami Norland (1968-69) and principal at both Miami Northwestern (1969-73) and Miami Central High Schools (1978-83).  He also served as a region administrator until his retirement in 1995.
A proud alumnus of Bethune-Cookman University, was a devoted member of the Baha'i Faith, and a loyal member of the 100 Black Men of South Florida, Rotary Club of Hialeah/Miami Springs, and Alpha Phi Alpha Fraternity.
Visitation and funeral services will be held at New Birth Baptist Church, 2300 NW 135th Street in Miami.  Visitation: Friday, May 9, 2014 from 6pm to 8pm.  Funeral Service: Saturday, May 10, 2014 at 11am.  Burial will be held at Hollywood Memorial Gardens North Cemetery. Royal Funeral Home will be direct the funeral.  Their address is 17475 NW 27th Avenue, Miami 33056,
In lieu of flowers, the family requests donations be made in Dr. Harold Guinyard's name to:
Bethune-Cookman University
Institutional Advancement
640 Dr. Mary McLeod Bethune Blvd.
Daytona Beach, FL 32114-3099
100 Black Men of South Florida, Inc.
c/o Steven Henriquez, Treasurer
5825 Sunset Drive #201
South Miami, FL 33143
http://100blackmensf.org/donate/
Safe Space
c/o Hialeah/Miami Springs Rotary
P.O. Box 1635
Hialeah, FL 33011-1635