As reports from around the United States confirm what many have suspected -- blacks are hardest hit by the coronavirus global pandemic, the NAACP has partnered with BET to present the 4-week community program, ”Unmasked: A COVID-19 Virtual Town Hall Series”.

The  first virtual town hall will be presented this Wednesday, April 8 at 8pm ET, 5pm PT. Part one of the four-part series will feature a candid discussion on the health, mental, and economic tolls this crisis has had on our communities and how people of color can apply pressure to ensure the congressional response to this pandemic is equitable. 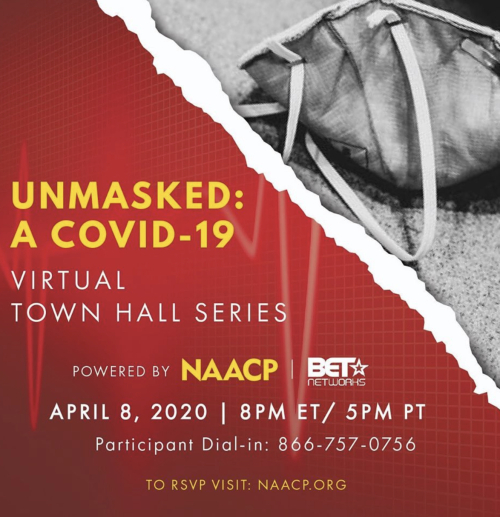 Living with Nature in the African Diaspora: A Lecture and Community Conversation at the Historic Hampton House featuring Dr. Edda Fields-Black Dr. Fields-Black will offer new ways to think about how the environment has shaped Diaspora experience. Other speakers will discuss current environmental issues threatening our land and communities. Did you know that climate change and sea level rise are likely to trigger a new wave of gentrification in our area? How can we come together to recognize the value of our land and our heritage? How can history and culture help us defend our place in Miami?

What is Our Land Worth?

Hear about the threats from sea level rise in Miami-Dade and how it is likely to affect property values and residential patterns. Discuss strategies to organize and prioritize.

(BLACK PR WIRE) – Tokyo, October 21, 2014 — Barrington Irving, who holds the Guinness World Record as the youngest person to fly solo around the world, met with United States Ambassador to Japan, Caroline Kennedy and Jamaica’s Ambassador to Japan, Ricardo Allicock, to talk about his groundbreaking educational project, the Flying Classroom.

Launched from Washington, D.C. on September 23rd, the Flying Classroom is making stops in 13 countries this fall on the first of three global trips. During each trip, Captain Irving, a National Geographic Emerging Explorer, carries out ground, air, and sea expeditions designed to teach students about real-life life applications of Science, Technology, Engineering, Mathematics, History, Geography and Humanities (STEM+).

"Captain Irving is helping to solve one of the major challenges that teachers face, which is figuring out how to captivate the imaginations of our children and bring classroom material to life. I was delighted to have the opportunity to learn about his work," said Ambassador Kennedy.

"He is an inspiration to students," said Ambassador Allicock. "His Flying Classroom engages them so they each feel like they’re getting special attention. He gives them access to science and math-related adventures they would never experience on their own."

Many students in the U.S. are following this first-ever interactive STEM+ learning adventure through a school curriculum; others have access to Captain Irving’s travels and expeditions through videos and a blog on the flyingclassroom.com website. Flying Classroom expeditions include learning how to build sustainable cities in Shanghai; diving to see the condition of coral reefs in Bali; and gathering poisonous snake venom in Palau that will be used in medicines that can save lives.

Irving, who was born in Jamaica in 1983 and raised in inner-city Miami, saw football as his route to college until, at age 15, he was introduced to aviation by a Jamaican airline pilot. In launching the Flying Classroom, Irving’s goal was to help students discover their passion for a particular subject and career just as his pilot mentor had done for him.

From September 23rd through November 18th, follow Captain Irving and his team through regular expedition updates at www.flyingclassroom.com, on Facebook at www.facebook.com/yourflyingclassroom, on Twitter at @CaptainIrving, and with hashtag #flyingclassroom.

Haitian Toddler Needs Life-Saving Surgery and You Can Help 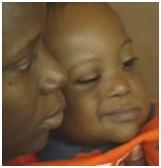 Too often we hear bad news about the interactions of people in Miami so anyone with a heart was moved upon hearing the story of 14-month old Johnsley Mainville's fight for life and another child with health challenges, 10-year old Devin Alvarez who offered to help.

Johnsley and his family traveled from Haiti for medical assistance. It seems that Johnsley's illness, unaddressed in Haiti as it would have been in the United States, has reached the stage where the child is projected to have only 6 months to live.

Young Devin was in the same predicament as Johnsley a few years ago but successful surgeries saved his life. Devin still undergoes regular surgery but when you learn of how far he has come, his journey is more than miraculous.

Johnsley needs $60,000 for medical treatment. Click here for a link to his page over at the International Kids Fund site. You can get more information on Johnsley and other children and more important, you can make a donation. Whatever amount you can spare would help this child. Many small amounts can make a big difference. Actually, Johnsley should need about $59,993 since Devin donated $7 of his allowance.

If this seems like a hard sell, it's not. Just remember, there but for the grace of God go you and me. While I don't have Bill Gates or Oprah money, I can forgo a couple of expensive lunches to help this child.

If you decide to donate, let us know here. Thanks and Be Blessed.