The 2011 festival will feature the return of the acclaimed Actors Boot Camp led by actor/director Bill Duke, and Robert Townsend’s “The Ultimate Pitch” Master Class as well as film screenings, celebrity conversations, panel discussions and hospitality events. “For a decade and a half, the ABFF and its sponsors have been committed to showcasing the works of the best and brightest independent filmmakers, while entertaining and enlightening our audience,” said ABFF Founder Jeff Friday. “It has been a true privilege to be part of the continuing evolution of Black cinema,” Friday added.

“HBO® is proud of its long-standing partnership with the ABFF. Our combined efforts have given much needed exposure to 65 emerging filmmakers to date,” said Dennis Williams, Director of Corporate Social Responsibility at HBO®.  “We are committed to the representation of diverse stories and bringing attention to talented individuals whose voices might not otherwise be heard were it not for the ABFF and the HBO® Short Film Competition,” Williams added.

ABFF submissions are now open in the Narrative and Documentary Feature sections. Call for entries for the Short Film Competition and Mobile Entertainment sections are scheduled to open February 1. Festival Awards include: The HBO® Short Film Award; Grand Jury Prizes for Best Screenplay, Best Director, Best Film and Best Performance by an Actor, as well as the ABFF Audience Award for Best Mobile Content. Festival prizes range from $5,000 to $20,000. Discounted festival passes and tickets are on sale through January 31 at www.abff.com

The City of Miami’s Community Redevelopment Agencies(CRA) to Participate as Host Sponsors of the 14th Annual American Black Film Festival as Part of their Film Industry Outreach -- June 23-June 27, 2010

MIAMI, FL – The City of Miami’s Community Redevelopment Agencies (CRA) have signed on as Host Sponsors for the 14th annual American Black Film Festival(ABFF)that will be held June 23-27, 2010, in Miami Beach.  As part of their $50,000 sponsorship, the CRA hopes to create strategic partnerships with the film industry and attract filmmakers to consider filming and doing business in the Community Redevelopment Areas that include Overtown, Park West and Omni.

The CRA will roll out their film initiative with an impressive program that includes a trolley service for the ABFF participants on June 24 and June 25 from 10:00 am - 6:00 pm. The trolley will pick up festival-goers from The Ritz-Carlton South Beach hotel and take them to destination points of interest in Overtown, Park West, Omni and downtown Miami. The CRA will also sponsor 15 students from the Overtown area to attend the American Black Film Festival’s master classes. The students will have an opportunity to take master classes on the Art of Filmmaking with director Spike Lee; on cinematography with Cliff Charles, director of photography(When the Levees Broke, Good Hair); and screenwriting, led by Loyola Maramount professor Dean Steve Duncan. In addition, the CRA has put together a filmmakers tour and roundtable discussion that will be held at Big Time Productions facility. The goal is to find out what incentives need to be in place for filmmakers to consider filming in the Community Redevelopment Areas.

The American Black Film Festival culminates with the CRA’s signature community showcase of the soon–to-be-released movie Stomp the Yard 2: Homecoming, which will be held on Sunday, June 27, from 5:00 pm - 7:00 pm. This is a free-ticketed event for the community. The writer, director and actor will be in attendance for a talk-back after the movie.

“We are extremely excited and proud to once again be a Host Sponsor for this year’s American Black Film Festival. Our partnership with Film Life Inc. allows us the unique opportunity to highlight our diverse culture in Miami and promote our growing film industry within the CRA district. We look forward to the events and to attracting future film projects  to Miami,” said Commissioner Richard P. Dunn II, Chair of the City of Miami Southeast Overtown/Park West Community Redevelopment Agency.

“The City of Miami is extremely proud to host some of America’s top film makers as part of the American Black Film Festival. The event has a rich tradition and is a prime example of the City’s and the CRA’s commitment to supporting and enriching the arts,” said Commissioner Marc Sarnoff, Chair of the Omni Redevelopment District Community Redevelopment Agency.

“The City of Miami’s Community Redevelopment Agencies are proud to be a Host Sponsor for Film Life’s 14th annual American Black Film Festival. This year we are aggressively reaching out to  filmmakers to create a dialogue on how we can be a resource to attract more film projects to the Miami’s Redevelopment Areas,” states CRA Executive Director James Villacorta.

“We are excited about the continued support of the City of Miami’s Community Redevelopment Agency. We remain committed to our community outreach program in Miami and look forward to a successful program this year of helping to facilitate partnerships with the film community and the CRA”, states Jeff Friday, CEO, Film Life Inc. 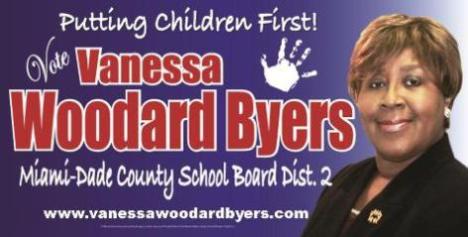 Foolishness and Mayhem on SoBe: What was Randy Starks thinking? 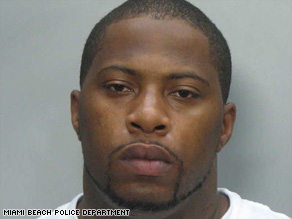 MIAMI, Florida (CNN) -- Miami Dolphins defensive end Randy Starks was arrested early Sunday after police said he struck an officer with a slow-moving Freightliner truck, according to a police report.

Starks, 25, faces a charge of aggravated battery, according to the report.

The arrest took place about 12:20 a.m. in Miami's South Beach area. Officers said they saw the Freightliner truck in bumper-to-bumper traffic on South Beach's Ocean Drive with some 13 people inside, including a woman sitting on the lap of Starks, who was driving. [More]

The Sun-Sentinel published a rather comprehensive line-up of parties that started on Thursday and ends with Uncle Luke's Freakfeast Finale on Monday. No comment.

Check out the schedule of events and get in where you fit in. 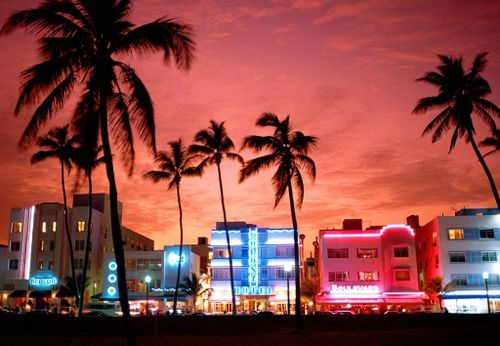 Urban Beach Weekend…Black Beach Weekend…Hip Hop Weekend…Memorial Day Weekend. Call it what you like; there are hundreds of thousands of young black people on South Beach this weekend. That translates to millions of dollars spent for an unofficial festival not really welcomed by Miami Beach officials. Hmmm….

It also translates to lots of scantily clad females, guys with cameras and styling and profiling in customized vehicles. I don't begrudge any of that because it's all a part of being young during these days and times. The paint jobs on those vehicles are sometimes mind-blowingly creative and let's not talk about the hydraulics --- awesome! Some of my young sisters could show a little more class in their attire though. There is a difference between sexy and skanky. I'm just saying.

Some Miami Beach residents and businesses vacate the place during this weekend. Too many people…way too much traffic. Of course, law enforcement will be on the scene. Let's hope everyone behaves themselves and stays safe. Leave the guns and Jerry Springer Show fights at home, please.

Of course, the visitors will be on the lookout for celebrities that we see here all the time. Whatever the reason, news reports indicate hotels are booked at 92%; that's definitely welcome during this…uh…recession. What recession?

One more thing, can we try to remember the reason for this weekend and honor the service men and women who served this nation and gave their lives? Peace - Light- Love.

What will they think of next? A brothel on wheels?

Can you believe that Christine Morteh and Clyde Scott were operating a brothel on wheels on Miami Beach? Men paid $40 to board the limo bus and for all the drinks they wanted. Young women gave lap dances and engaged in sexual acts all for a fee while this huge luxury bus traveled the streets of Miami Beach.

Police say they've seen nothing like that before but it reminds me of the traveling gambling lounge from that Sidney Poitier movie, For Love of Ivy. Anyhoo, that operation has been shut down. Four women were arrested along with Morteh and Scott.